PATERSON – The guests came and kept coming, happily bellying up to the bar and spilling into the overflow rooms here at the Brownstone for a Sheila Oliver fundraiser even as Essex County Democratic Party Chairman Phil Thigpen upped the confidence decibel level with a release that all of the Assembly people fromhis powerful county delegation would backthe East Orange Assemblywomanfor speaker.

The email missive carried the latest piece of bad news for Senate President Richard Codey (D-Roseland), who's fighting to remain in his chair of power without a majority of the majority in his Democratic caucus and now with the lower house members from his home county throwing in with Oliver.

Poised to become the first African American woman speaker, Oliver is generally seen as a North Jersey counterweight to South Jersey state Sen. Steve Sweeney (D-West Deptford), who has the Democratic Party votes in the senate to take Codey's job. The more support she builds, the tougher it becomes for Codey to justify sticking around as a double dose of Essex in both the speaker's and Senate president's chairs.

Oliver said shedidn't takeCodey's support as an endorsement, but as astatement of goodwill in the middle of a low grade Essex County civil war betweenthe senate presidentand Essex County Executive Joe DiVincenzo, whoflipped what many interpreted as the goodnight switch on Codey when two ofDiVincenzo's close allies, state Sen. Nia Gill (D-Montclair) and state Sen. Teresa Ruiz (D-Newark), announced their support ofSweeney over Codey as part ofthe14-senator package that propelled Sweeneyinto the command position in his quest to be the next senate president.

"At the end of the day, Essex wil be united for Gov Jon Corzine," said Oliver, a social worker by trade who started in politics as a an activist teenager from Newark, who's been in the legislature for five years. "It's arough and tumbleenvironment, but everyone takes it in stride. If Sen. Codey decides to endorse me, it would absolutely be a statement of Essex County unity."

"Look at this," he said. "Look at the excitement. I've got people calling me, congratulating me. This is a first. The first African American woman speaker in the Assembly. Codey's not hurt, come on. He's been there for 35 years."

Oliver's district-mate, Gill, was also in attendance at the fundraiser.

She laughed at the suggestion that her county job makes her beholden to DiVincenzo and compromised her vote for Sweeneyover Codey.

"I have my considered opinion, based not on my employment situation but on other considerations – institutional considerations based on our caucus and the way it is run," the senator told PolitickerNJ.com. "There's no intimidation, no coercion. Within our caucus, there arelongstanding issues about process. Some of us have wanted a more real discussion before we get on the floor.

"The realityis, when it's convenient for people to make alliances, they do so," she added, "including people who are critical of Steve Sweeney for having an alliance with (South Jersey Democratic Leader) George Norcross."

"I'm concentrating on getting Jon Corzine elected," said Currie, when asked if he supports Oliver as the next speaker. "Assemblywoman Oliver represents a big part of Passaic. I'm a big fan ofAssemblywoman Bonnie Watson Coleman (D-Ewing), (who's alsorunning for the speaker's position but hasn't mustered Oliver's public support), but at this point I don't know if I see her getting a shot."

Another wave of supporters crossed the threshold and made their way to the check list desk, seeking access toOliver. 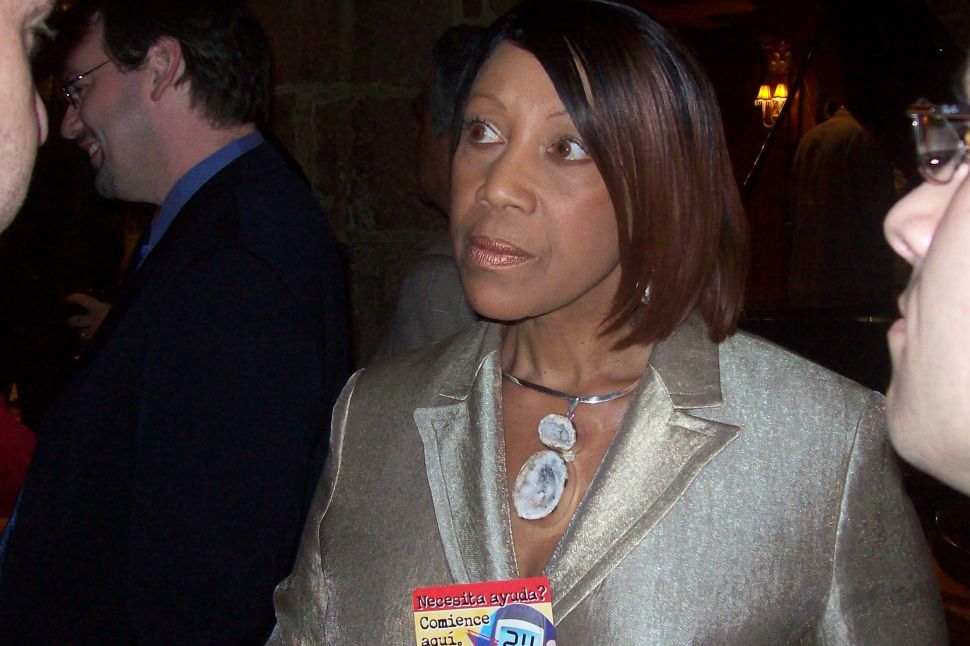