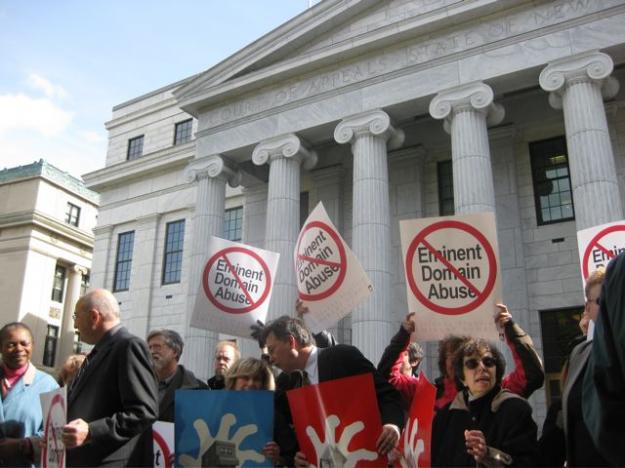 For the planned Atlantic Yards project in Brooklyn, it’s been an exhaustive three-year journey of eminent domain-related lawsuits. Starting in October 2006, challenges to the use of state condemnation for the private development have constantly been in courts, first traveling up through the federal court system and then on to the state courts.

Now the voyage is clearly nearing an end. On Wednesday, an eminent domain suit brought by business and property owners in the project’s footprint went before New York’s highest court, the Court of Appeals, for oral arguments. A victory here by the landowners would kill the $4.9 billion project—the planned new home of the Nets—though such a win is considered unlikely, and they’ve lost at every step of the way in their process.

The Observer headed up to join the fun in the capital, so here’s a few pictures from the day. 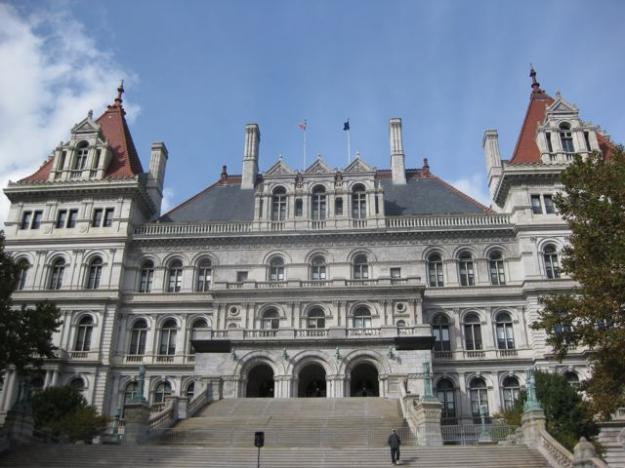 A bit of background: The Atlantic Yards project is no stranger to Albany.

Proposed by developer Bruce Ratner in 2003, the project first won the support of then-Governor Pataki, who sponsored the project via the state’s development agency, the Empire State Development Corporation (which is using eminent domain). The project offered a big investment for a pro-development governor: 6,400 apartments, a new professional basketball arena, an office tower, billions in investment, and, at the time, architecture by Frank Gehry (though he was dropped after approval when finances tightened).

Then came the legislative branch, when, in 2006, Assembly Speaker Sheldon Silver and then–Senate Majority Leader Joe Bruno backed the project when it came before them. Since, the opponents have been left to rest their hopes on the judicial branch, filing a number of lawsuits.

The challenge of the use of eminent domain to make room for the arena and housing—property takings are slated for more than two full city blocks, on parcels that Forest City did not itself acquire—started in federal court. Ultimately the case was thrown out, appealed, thrown out again, and appealed to the U.S. Supreme Court, which declined to take up the issue.

Then, in August 2008, the landowners sued in state court, starting at the appellate level. They lost there, unanimously, and appealed to the Court of Appeals, which agreed to take up the case. 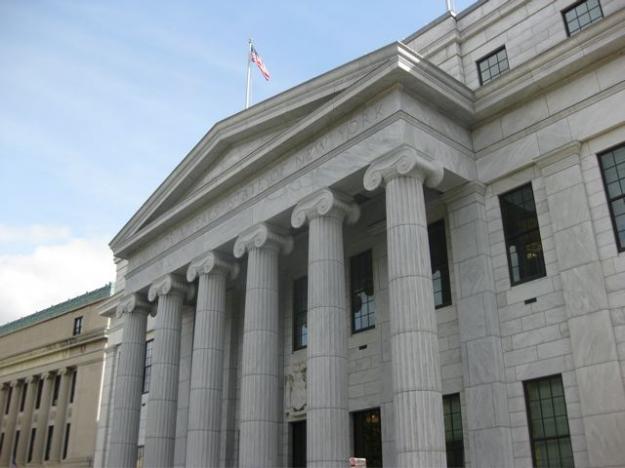 In New York, the names of the courts are different—and more confusing—than in most states. The Supreme Court is the first rung on the lawsuit ladder for most suits, while the third rung—the top court—is named the Court of Appeals, based in Albany. It’s a beautiful white marble building, Ionic columns and all. There are seven judges (not justices), and the court generally chooses which cases to hear. 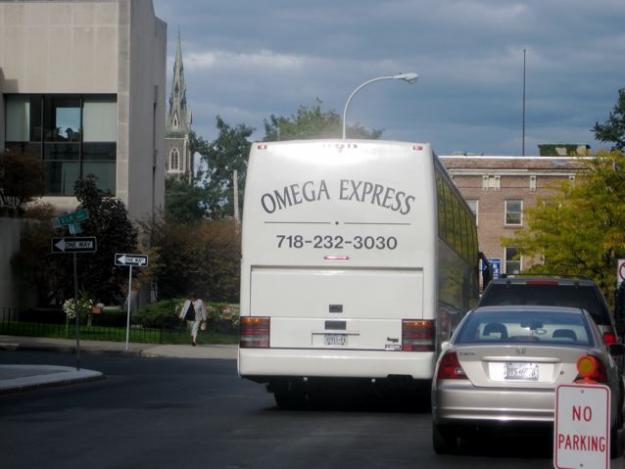 For the occasion, the main opposition group, Develop Don’t Destroy Brooklyn, brought a busload of supporters up to Albany. DDDB spokesman Daniel Goldstein, a plaintiff in the suit who owns a condo in the Atlantic Yards footprint, said more than 30 people took the bus, and counting others supporting his side that came up, there were around 45 people in his camp.

Also of note, there were at least five representatives of groups that signed on to the Atlantic Yards Community Benefits Agreement, for which Forest City agreed to various concessions and carrots such as hiring requirements and community amenities. 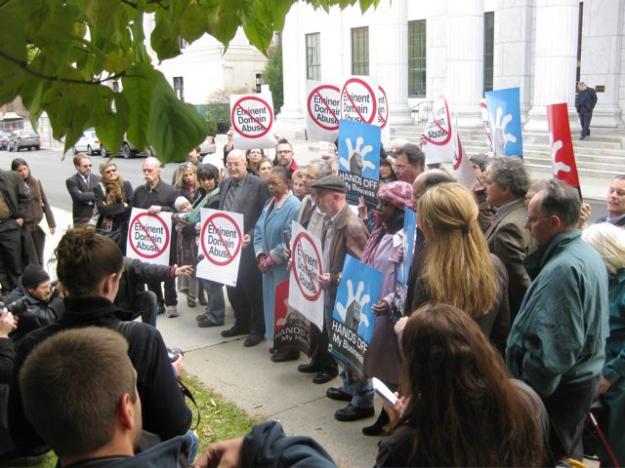 The DDDB folks held a press conference right before the oral arguments outside the court, joined by State Senator Velmanette Montgomery and a member of the Institute for Justice, a group that fights eminent domain abuse and filed an amicus brief in the case (they also helped fund the bus). 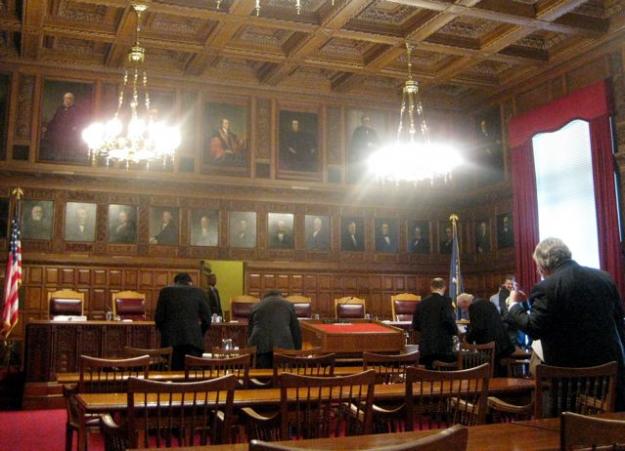 Two general observations about arguing in the Court of Appeals: It looks like it would be really fun to be a judge, and a harrowing experience to be the attorney speaking to them at the podium.

Speaking to them might not be the best term: more like trying to sputter out a few words to address one question before being hit with another incisive query from the other side of the bench.

Pictured, the courtroom, before the judges entered. 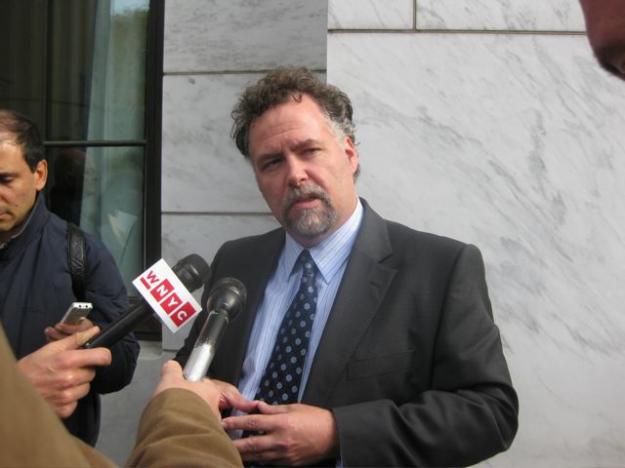 The two attorneys presented separately, and first up was the landowners’ attorney, Matthew Brinckerhoff, in his debut Court of Appeals argument (shown here after the arguments). The judges were prying, and, particularly at first, Mr. Brinckerhoff seemed at times caught off guard by the pace, fumbling for his words. His responses seemed to become more articulate as time went on.

Part of his case is essentially that the state is violating the “public use clause,” as, by his reading of the law, the Atlantic Yards project must be clearly usable to the broader public (which a privately controlled arena is not), and not a project with some public benefit that comes with great benefit to a private developer (to the point where the project may have been crafted around the primary intention of benefiting the developer). Mr. Brinckerhoff was asked tough questions on an array of topics relating to this and other facets of his arguments, including the continued relevance of his arguments (state seizures for public use is an old concept that has evolved over the years).

It’s far more complex than that, though; his brief is here, for any interested readers. 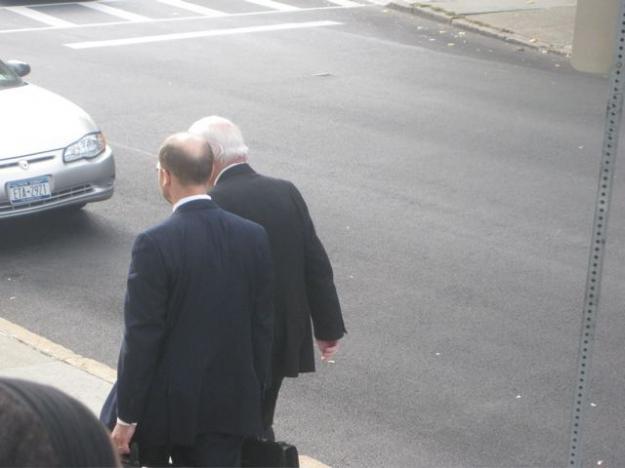 The ESDC’s attorney, Philip Karmel of Bryan Cave, seemed a bit more relaxed and measured in his responses—shown here on the left, leaving the court (sorry for the poor photo).

He spent a fair amount of time with the judges arguing that the landowners did not even have the right to sue in the first place, as they first went to federal court and thereby exhausted their window in which they were permitted to sue in state court.

One judge, Robert Smith, asked him about the findings of blight, one of the justifications for the use of eminent domain, questioning whether or not the blocks that were being condemned were indeed blighted on their own (the blight study found that a larger area that included those blocks, but that also included undeveloped open rail yards with poorly maintained exteriors, was considered blighted). 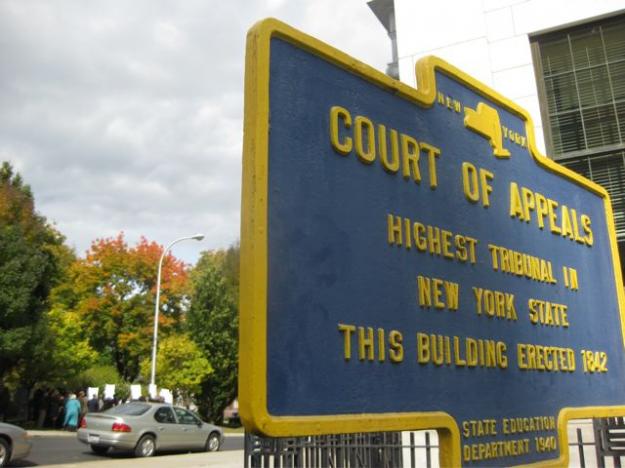 On average, decisions from the Court of Appeals take a bit more than four weeks from oral arguments. The most pressing question for the project right now is whether or not developer Forest City Ratner will be able to sell $700 million in tax-free bonds to investors, an act they must complete before Dec. 31, given an IRS deadline. Should they not sell the bonds, the project would be deeply imperiled, as costs would rise substantially.

The court case adds some uncertainty for any potential investor—though the bonds will likely sit in escrow until the lawsuits are finished up.

Actually starting the project is quite an expensive task—Bruce Ratner has said the cost is between $800 million and $900 million depending how it’s counted—and Forest City seems to have been looking under its couch cushins to get extra cash. According to an ESDC document, the city is negotiating to give Forest City construction responsibilities on infrastructure that was once planned to be administered by the city, in turn transferring the developer more cash. The developer also got the state to agree to speed up its payments, which had been tied to various benchmarks.

Of course, there is the prospect of some new money. Russian billionaire Mikhail Prokhorov and Forest City announced an agreement for him to pay $200 million to buy the Nets, of which Forest City is a major owner, along with a 45 percent interest in the arena. 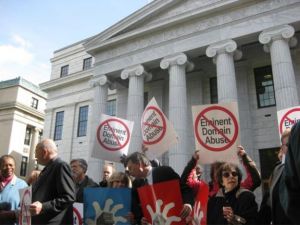 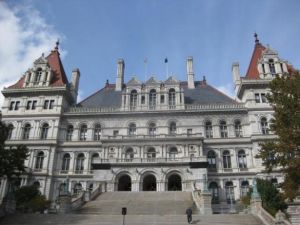 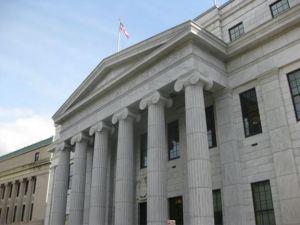 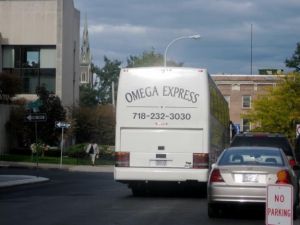 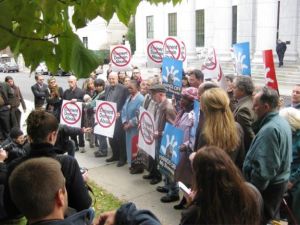 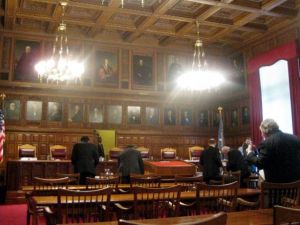 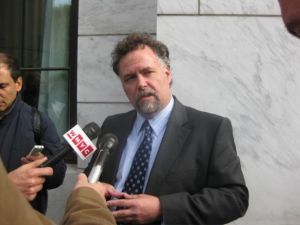 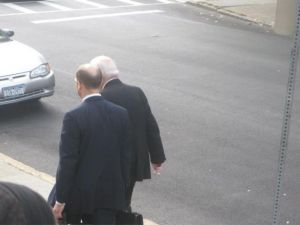 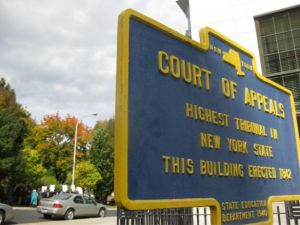