Or the natural Christie connection.

"They booed me at the so-called debate the other night," Weinberg, standing beside Sturgeon, tolda small crowd of Mercer County Democrats packed into this Italian ristorante on Kuser Road. "But it was the Bush policies of cutting taxes for the wealthy that got us into this mess. It was George Bush who voted against the Family Care Program, which Barack Obama reinstated."

Conversely, said Weinberg, "We've got a great guy leading us in Gov. Jon Corzine. He worked his way up from the mailroom to the boardroom. He could be relaxing on a beach in the Caribbean and instead he's working for the people of the State of New Jersey."

"For a dollar,"" someone cried from the audience, referring to the former Wall Street CEO's salary as governor.

Staying with women's issues as she held hands with Sturgeon and welcomed Assemblywoman Linda Greenstein (D-South Brunswick) to the front of the room, Weinberg also stayed on the offensive with an argument she madeat the LG debateabout the need to preserve mandated insurance coveragefor women's mammogram screenings.

Asked about appearing rattled at last week's LG debate with Republican Kim Guadagno, Weinberg said the moderatorsoccupied seats behind her, making it impossible forher tosee when they were addressing a question to herunless sheconstantly turned around. 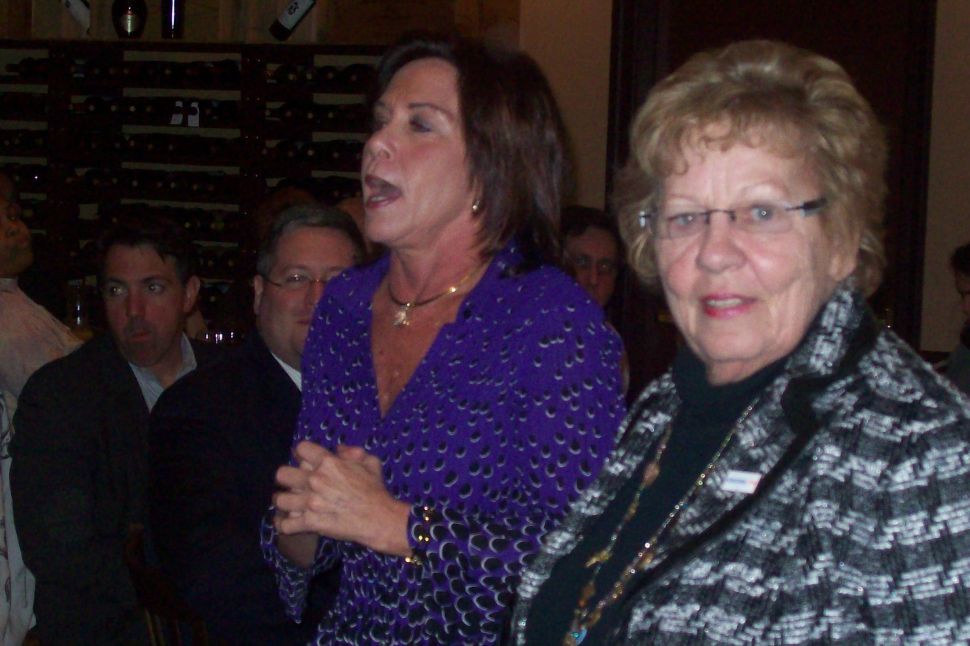