WEST ORANGE – Former President Bill Clinton tried to get theEssex Countytroops in battle mode this evening at Mayfair Farms as he made the case for Gov. Jon Corzine's reelection.

"New Jersey is the first state in the country in median income, and the median income increased in 2008," said Clinton, donning glasses to read from notes. "Yours is the first state to have an economic recovery plan.. …The mortgage foreclosure rate is half the national average. This governor has reduced the size of government while increasing school funding by a billion dollars. Under his watch, there has been an 11% reduction of kids without health insurance. You're the second state in the country to enact Paid Family Leave."

Amid growing applause from the party faithful, who packed the banquet hall here, Clinton notedthe drop by 12% in the state's murder rate and a drop by 7.5%in the violent crime rate.

"This man has been a great governor in difficulttimes," Clinton announced. "The reason this is a race is because things are tough all over. People are frustrated so they figure they'll take out the guy at the top, but Jon Corzine isthe solution, not theproblem."

Appearing in New Jersey for the second time in as many weeks to stump on behalf of Corzine, who's deadlocked, according to most polls, with GOP challenger Chris Christie, Clintontonight represented the first partof the Corzine campaign's last ditch effort to swamp the state with star power.

President Barack Obama is due in again on Sunday.

From afar, Republicans jeered at the Democrats' efforts at fecunditythrough figureheads.

But Corzinepromised to deliver 180,000 more childrento the healthcare rolls to add to the 100,000 who came aboard over the course of the last four years; while the presence of Clinton tonight fairly stifled the low grade civil war in Essex County between state Senate President Richard Codey (D-Roseland) and Essex County Executive Joe DiVincenzo, who flankedClinton on the top tier of the stage.

"I don't know about the politics that motivated it," Orange Mayor said of his ally and mentor Codey's apparent loss of the reins of leadership in the Senate. "He has my full support. Governor Codey isand always has been independent.He has a basic rule: never hold yourself higher than anyone else. And remember, this (senate leadership battle) isn't over yet."

Watching Corzine bask in the close proximity of the former president as BlackBerrys buzzed with news of a forthcoming poll showing Corzine ahead, Codey said of his successor in the govvernor's office, "In July, he was dead man walking. Now, he's Lazarus."

Onstage with Codey and the rest of theEssex County delegation was another former governor: West Orange native Brendan Byrne, who fielded a crack from Clinton, whowas first sworn in as governor of Arkansasin 1979.

"I'm so old, I served with Brendan Byrne," said the 42nd President of the United States, giving a nod of recognition to the white-haired presence on the far end of the dais. 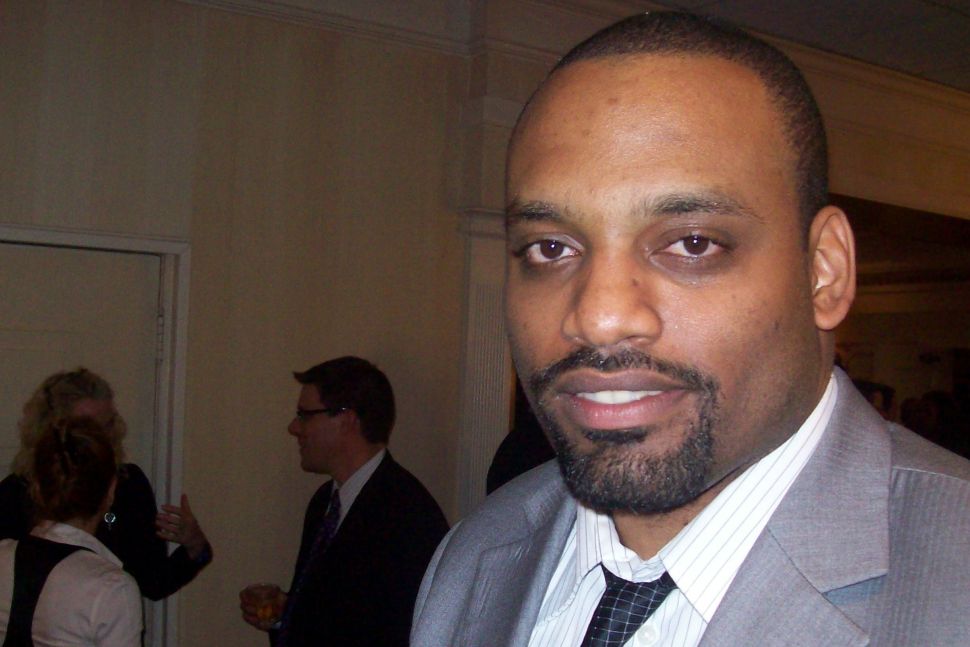