Gov. Jon Corzine bailed on the event to prep for the entrance of former President Bill Clinon, sparking former U.S. Attorney Chris Christie to call on Inverso as a sub.

"I guess you can see I'm not Chris Christie, and clearly, I'm not Kim Guadagno," said the banker who retired from the senate in 2007.

On the day Monmouth University released a poll with two weeks until Election Day showing Christie and Corzine deadlocked at 39% and Daggett earning 14%, Codey and Inverso scrapped over the root causes of the recession, with the latter arguing that Corzine has not proved a strong leader while former Gov. Codey blamed the Bush era.

Daggett blamed both Democrats and Republicans for 15 years of neglect.

"In six months of this campaign I've waited to hear what Chris Christie and Jon Corzine will do," said the independent, trotting out his plan for 25% property taxrelief to maximum of $2,500, taxcuts for small businesses and large corporations and a rollback on temporary income tax, plus a hard cap on consumer spending.

In handling the question, Codey trained his sights on both Christie and Daggett.

"The state is in an $8 billion hole, not of Jon Corzine's making," Codey said."This is the worst recession any of us in this room have seen in our lifetimes. You had an SEC (Securities and Exchange Commission) that I wouldn't have allowed to guard a dog panel. Mr. Christie wants to lower taxes, and of course, we're all for lower taxes, but when you factor inwhat he wants to give more back for rebates, he would grow the budgetto $12 or 13 billion."

As for Daggett's plan, Codey said the independent's proposalto relievethe property tax burden by expanding the number of services targeted by the 7% state sales tax,Codey said, "That'sin one pocket and out the other."

Inverso said, "Neither Bush nor the economy can be blamed forthe path New Jersey has taken over the course of the last eight years. Leadership is sorely needed in these troubling economic times." 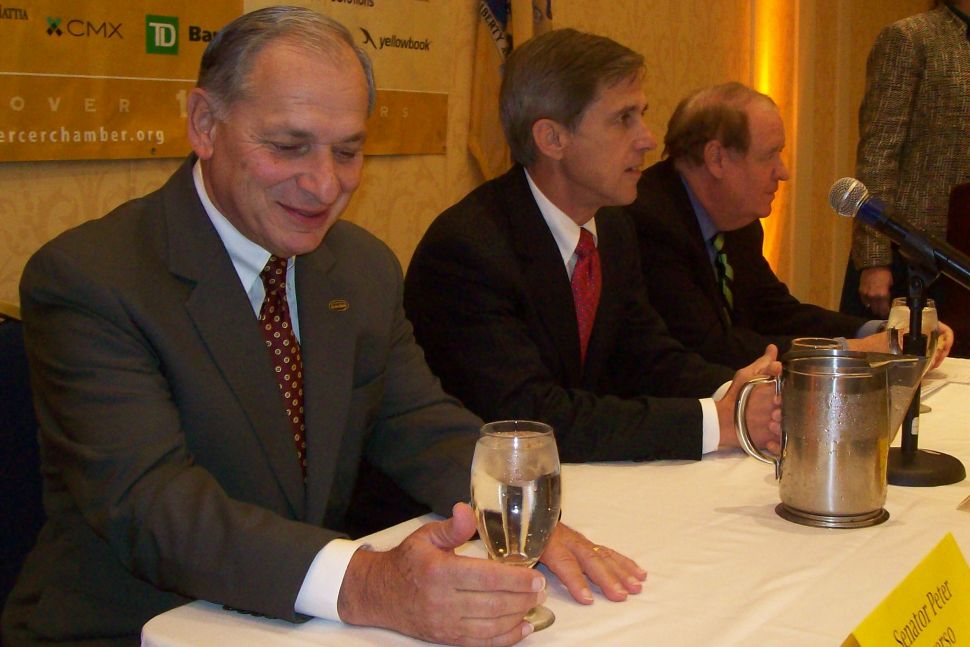