WILLINGBORO – Introduced here as the "man who discovered Barack Obama," Gov. Jon Corzine sprinted through a pompom crosscutto the strains of a local rendition of Tina Turner's "Simply the Best" and bounded onto the recreation center stage.

"We've got to say 'no' everytime someone says he didn't deserve the Nobel Prize," Corzine said of thepresident, who is scheduled tostump forthe governorin Hackensack on Wednesday with just over two weeks remainingin the gubernatorial contest.

Onetime chairman of theDemocratic Senatorial Campaign Committee (DSCC) that recruited Obama to run for the U.S. Senate in 2004, Corzinewas happy to take credit in front of this "Fired up Fish Fry" crowd that last year contributed to Willingboro registering 92% of its vote for the successful Democratic Party nominee for president.

"Barack Obama received 16,500 votes in Willingboro last year," said the governor, who's neck-and-neck now with GOP gubernatorial candidate Chris Christie inhis ownNov. 3rd contest. "I don't think we're going to get 16,500, but we're going to get into the double digits." 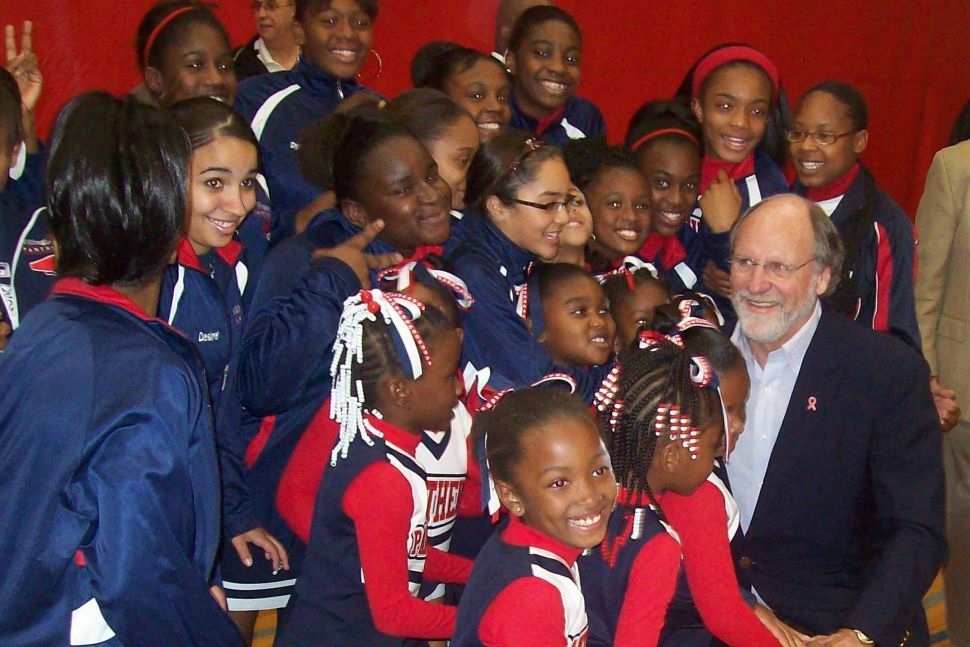