UNION TWP. – Appearing today at Elizabethtown Gas to celebrate a public-private partnership resulting in the creation of at least 53 new jobs at the company's Union Township plant, Gov. Jon Corzine said he didn't feel obliged to get into a Lincoln-Douglas confrontationthis morning at an editorial review board meeting with the Asbury Pary Press.

"I'd rather be here," he said, around the time GOP gubernatorial candidate Chris Christie and independent candidate Chris Daggett were scheduled to sit down withGannett New Jersey'seditors.

The Shore county paper two years ago famously lampooned Corzine as a patronagekingpin in a doctored photo mockup and has laid on a heavy barrage of criticismthroughout his tenure, mostly by way of the pen of Trenton chief Bob Ingle.

"I'd be happy to go to any of those editorial boards one at a time, just like we do everyone else,"the governor told PolitickerNJ.com."I don't feel a particular need to address that per se, which is more like a debate than it is an editorial review board, and we are doing debates, we've already put together a schedule."

Asked if he intended to participate in any discussions with the Press's editors, Corzine said, "No, but people ask."

The next state Election Law Enforcement Commission (ELEC)-sanctioned debate is scheduled for this coming Friday evening at William Paterson University.

"Just as long as it's not a free-for-all like the lieutenant governor's debate last week," said Corzine, whose running mate, state Sen. Loretta Weinberg (D-Teaneck) on more than one occasion jousted with 101.5 moderator Eric Scott.

"She had to turn around to see where the questions were coming from, and we don't want a repeat of that,"the governoradded.

The Christie campaign issued a caustic missive concerning Corzine's absence at the Gannett editoial board review.

"Once again, Jon Corzine is ducking out of his responsibility to the voters of New Jersey," said Christie campaign manager Bill Stepien. "We have the highest property taxes in the country, the highest tax burden in the nation and nearly 10 percent unemployment.Voters deserve to know why Jon Corzine is promising to raise taxes when he has failed to cut spending or rein in special interests.As usual, Jon Corzine would rather hide behind his Wall Street millions and let slanderous attack ads be his message, rather than face New Jerseyans and his failed record." 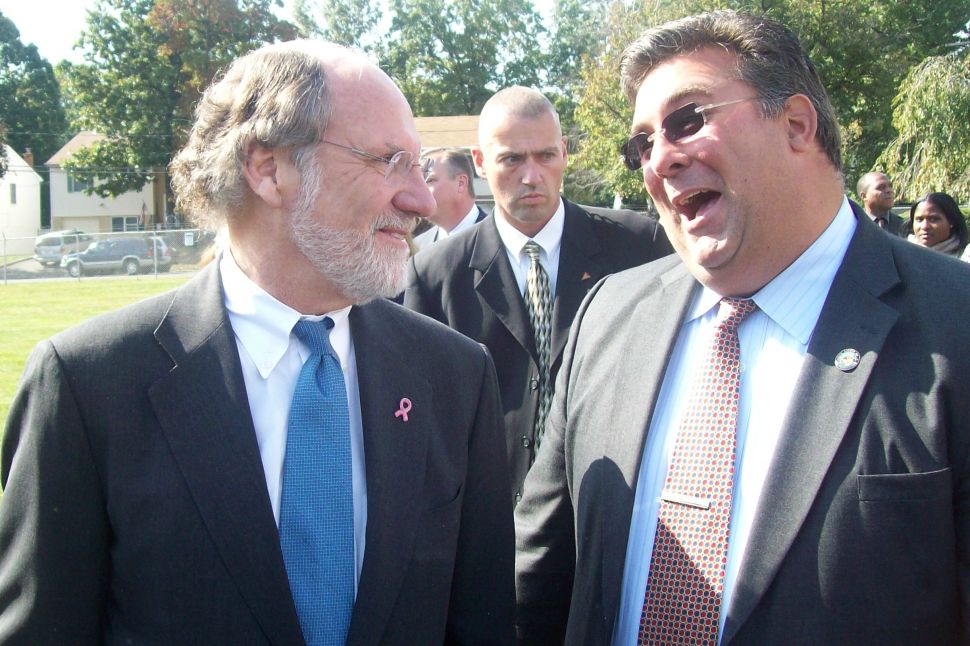