WAYNE – After the debate, Gov. Jon Corzine walked into thebasement levelpress room and immediately absorbed a question about why heclashed more with Chris Christie than Chris Daggett.

"My strongest contrast is with Mr. Christie," said Corzine, arguing that his Republican opponent wouldturn down$5 billion worth of federal stimulus dollars, resulting in adevastating gutting of the state's educational system.

"That would leave middle class and moderate income taxpayers under a crushing weight people," said the governor. "Mr. Daggett's so-called plan is commendable – he laid it on the table. At least he has a plan; he doesn't have a fantasy."

A reporter hit him with a question about his campaign's negative advertising.

Corzine saw conservative Star-Ledger columnist in the front row and quoted him, pointing out that a Republican ad depicted him asa "serial killer with a sweater vest on." 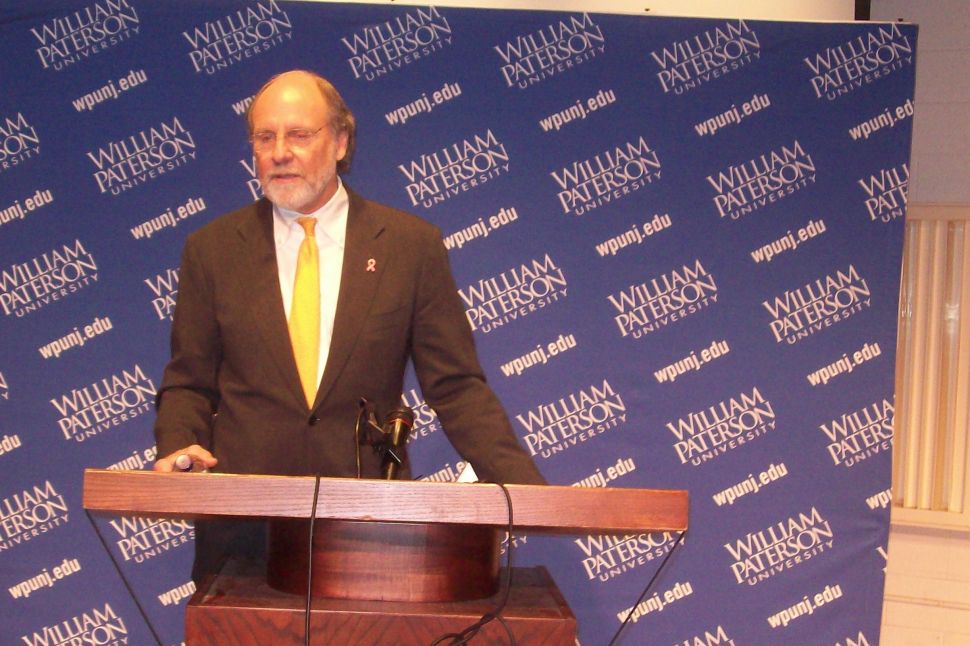