LYNDHURST – Toxic enough togive any outsider pauseto ponder the consequences ofventuring in here, Democrats tonightbrought in an Italian immigrant's son, born in the back of a grocery store onthe other side of the river, to makeacasefor Wall Street Illinois import Gov. Jon Corzine in a nationalized political environment.

Republicans spawned the worst economy in the country since the Great Depression, said former New York Gov. Mario Cuomo – and Democrats have to reelect Corzine to ensure the GOP doesn'tinflict more damage.

"The Republicans' supply side economics have failed and they want to use New Jersey to try to come back after their failure," Cuomo told a packed banquet hall of Corzine supporters, corralled for theevening in San Carlo's Restaurant by state Sen. Paul Sarlo (D-Wood-Ridge) and company.

"Gov. Jon Corzine is a great governor, and he will be an even greater governor," addedCuomo, who said GOP gubernatorial candidate Chris Christie's proposed income tax cuts for wealthy New Jerseyans and corporate tax cut proposals reflect the trickle-down values of former President George W. Bush that again threaten thefiber of the state andshouldspurDemocrats to action.

"We are the party of the whole community," said Cuomo. "We don't care what color you are or where you were born. But we do care most particularly about the poor and the disabled and the elderly and the infirm."

Corzine denied that the buck-up speech and arm hoist from the elder statesman tonight meant that if he gets re-elected he intends to back Cuomo's son, New York Attorney General Andrew Cuomo, for governor of New Yorkin a Democratic Primary against fellow poll-beleaguered incumbent Gov. David Paterson.

"No," Corzine told PolitickerNJ.com. "Gov. Cuomo and I have been friends for a while."

The Jersey ties go back even earlier for the former governor.

When his laborer father first immigrated to the United States,the late Andrea Cuomolived and worked in Jersey City, andthe now 77-year-old sontonight began his remarks by paying homage to his roots here.

The 12-year veteran of the New York Governor's Mansion hailed New Jersey as a great state – that could become even greater in this campaign and earn the gratitude of the country for stemming what he sees as Republican forces desperate to remobilize and take territory, staring with New Jersey.

"The Republicanswant Obama to fail," Cuomoadded of the Democratic President. "That's why in Europe they gave him the Nobel Peace Prize, as a statementof support – support for what he's doing against so much hatred."

Sources say conversations in the Corzine campaign originally revolved around the idea of situating Cuomo in Jersey City for a rally. The city'sDemocratic Party political arm is spasticright now in the aftermath of summer corruption busts, butsources say Cuomo was willing to work JC in any environment. The ground operativesjust didn't have the time to turn a bigevent around as quickly as the campaign demanded.

So they went with Lyndhurst, situated in South Bergen, right across the Passaic River from Essex County.

Cuomo acknowledged the rougher edge of politics when he reflected on his entrance into political life and noted his mother's reaction. She didn't think it was an honorable profession and only when the young Cuomo mentioned that by being a politician he might have a better chance of becoming a judge – an authority figure in robes who looked austerely down on people from a position of power – did his mother come to accept the idea of her lawyer son undertaking a political career.

WhenCuomo finally wonhis first race for governor in 1982 after years of trench warfare in New York politics and basked onstage inthe national mediaspotlight, the first Italian-American governor of New York,he looked down and sawhis mother and, as he recounted the story Tuesday night,she said, not bad, but when was he going to become a judge.

"I've met him before, but never like this, right next to him like that," Essex County Executive Joe DiVincenzo said of Cuomo. "I remember when he gave that speech back at the Democratic Convention in 1984, I cried. He's an enormous inspiration." 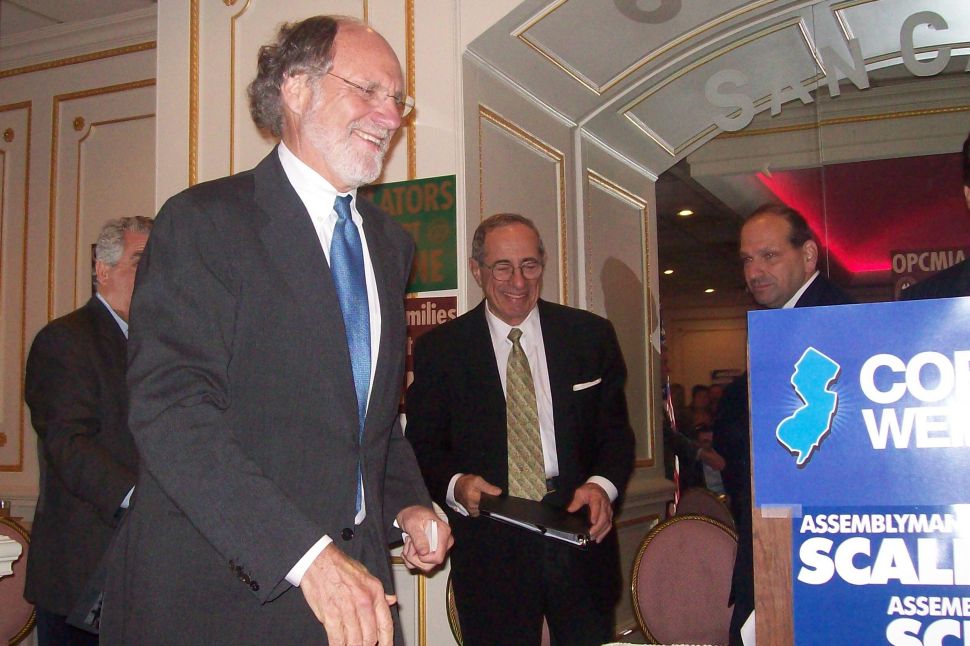