WAYNE – The power of ideas will trump the power of money, independent candidate Chris Daggett told the press section after tonight's gubernatorial debate.

"Idon't believe you can parse out which candidate you're taking votes from," said Daggett, questioningpolls that show him down by double digits in hisunderdog race for governor against Jon Corzine and Chris Christie."Itmakes no sense in a democracy to believe that anyone owns anyone else's vote. Historically, polls don't do a good job of capturing independent sentiment." 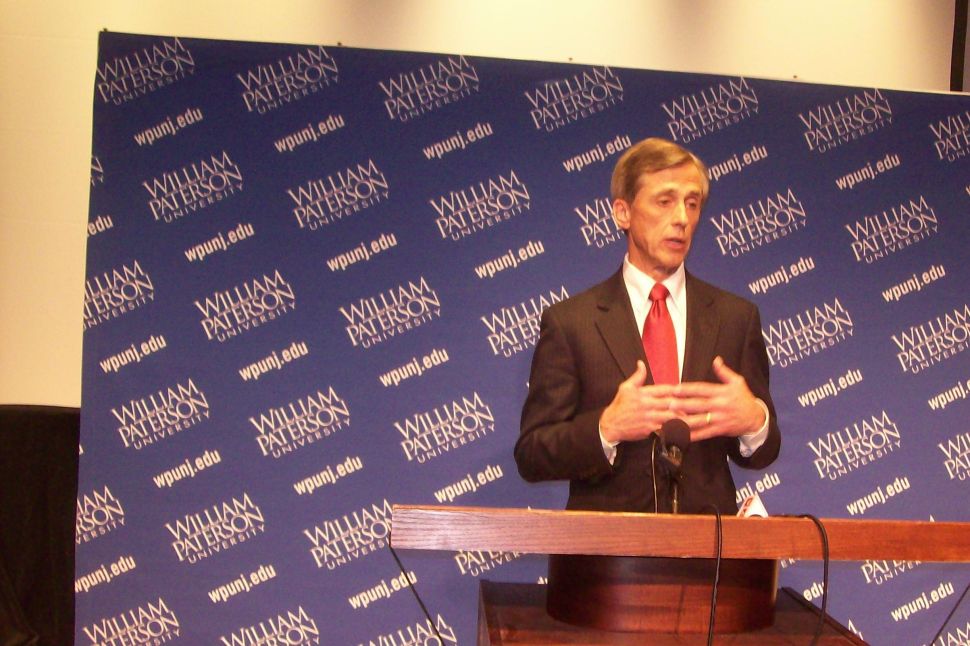