ROCKAWAY -Independent gubernatorial candidate Chris Daggettacknowledges that his campaign is working onits next television adfor the closing days of his campaign.

His first ad,depictingGov. Jon Corzine and Chris Christie lookalikes on a stalled elevator, gave the independent candidate some traction, by his own admission, when it began running in early September.

At the candidates' final television debate on Friday night,Daggett condemnedhis rival campaigns' negativeads, and specifically those campaigns' tactics of wheeling money into the two major parties' governors' associations for use in attack advertising.

Daggettsaid his own ad was not an attack ad in the same vein as Corzine's and Christie's television ads.

"People understandthat the adis humor, and trying to depict these guys as they really are," Daggett told PolitickerNJ.com. "People know that Jon Corzine has appeared during his tenure somewhatdisinterested, while Chris Christie has a short temper.Based on the ads I've observed, Jon Corzine's ads talkabout everything but the issues. Chris Christie's ad attacking me completely misrepresents my tax plan bynot acknowledging that it is a major tax cut. That's an attack ad. There's a major difference between an attack ad and humor."

Daggett said his campaign is currently running a radio ad, which aired tonight during the Yankees game.

"How many people saw the lieutenant governor's debate?" Esposito asked the 55-and-older crowd, laughingwhen no one raised a hand. "I don't know if I should take that personally."

Esposito told the crowd that Daggett/Esposito is polling at 18%, andrepresents the only ticket climbing in every poll.

"We are for real," said Esposito. "We are not a throw-away vote."

Daggett told PolitickerNJ.com that he has heard he is polling strong in Sussex and Warren counties, where movement conservative Steve Lonegan defeatedChristie in the Republican Primary, while losing overall.

"My plan makes New Jersey more competitive and my message resonates with people who are intellectually honest," Daggett said. "I am doing well with the voters who are in the Tea Party group, and with voters on the opposite side of the political spectrum. Accountability is an important part of the equation." 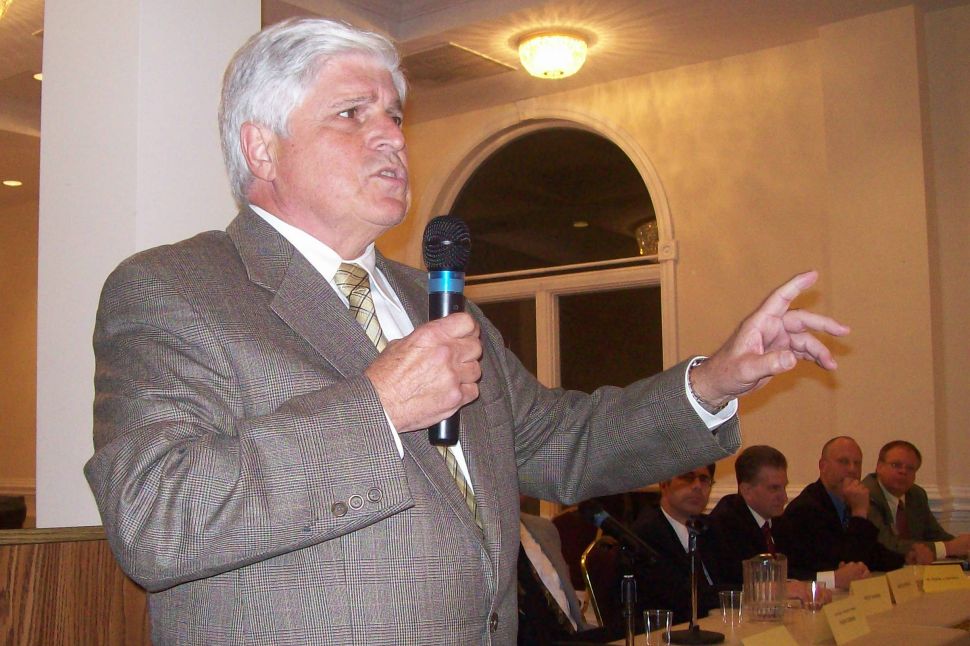