Former Bergen County Democratic Chairman Joseph Ferriero, who was one of New Jersey's most powerful political leaders for a decade, was convicted of federal corruption charges today. A jury found Ferriero guilty of one count of conspiracy – the most serious charge – and two counts of mail fraud. He was acquitted on five other mail fraud charges.

Ferriero was accused of defrauding Bergenfield after he and Borough Attorney Dennis Oury obtained a contract for a grants writing company they owned. Oury, who was Ferriero's co-defendant, pleaded guilty days before the trial was set to start, and testified against the former party leader. The jury found that Ferriero defrauded the borough of Oury's "honest services."

"This case is a glaring example of someone who used his power and influence to corrupt a public official, and we are gratified that the jury saw it that way," said U.S. Attorney Paul Fishman. "This office will continue its tradition of aggressively investigating and prosecuting those who think that they can enrich themselves and their friends at the public's expense."

"The verdict puts an end to an era of abusive power and politics by Mr. Ferriero," said FBI

Special Agent in Charge Weysan Dun. "From this verdict, we learn again that the citizens of New Jersey must play an active role in their government and question their leaders. They must inquire who stands to profit from the deals and decisions off their leaders. If the answers to those questions don't add up or are unsatisfactory, then citizens must not be afraid to enlist the help of the FBI."

Ferriero and Oury were indicted last September on charges that they created a grants writing company to seek public contracts, and deliberately concealed their financial interests while Ferriero, a County Chairman, helped send new business to the firm.

The jury believed federal prosecutors who said that the Bergenfield Borough Council appointed Oury as their attorney and at the same January 1, 2002 meeting voted to give the grants writing firm a retainer and a percentage of grants or loans they obtained for the municipality. Oury, who did not disclose his conflict, used his position as municipal attorney to add to the profits of the Bergenfield contract.

During the trial, prosecutors revealed that Oury and Ferriero took steps to conceal their personal financial interests in the grants writing firm, including an attempt to find others to act as public faces.

The 52-year-old Ferriero, who was elected County Chairman in 1998, is due to be sentenced on February 10.Each count carries a maximum statutory penalty of twenty years in prison and a fine of $250,000.

His attorney, Joseph Hayden, told The Record that he would appeal.

"We believe [theft of honest services] is a controversial theory of prosecution, and we plan to challenge it all the way to the Supreme Court if we have to," The Record quoted Hayden as saying. 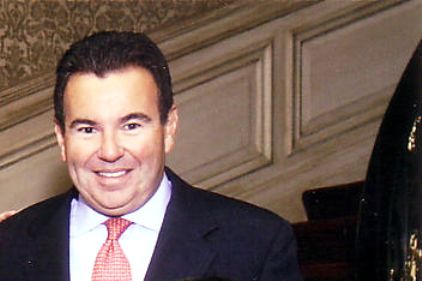