Paul Fishman is expected to take the oath of office as the new U.S. Attorney tomorrow morning. U.S. District Court Judge Joseph Greenaway will administer the oath in a private ceremony attended by Fishman's family. A public ceremonial swearing in is likely to be held at a later date.

A Princeton University graduate and editor of the Harvard Law Review, Fishman worked in the U.S. Attorney's office as Chief of the Criminal Division and as First Assistant before going to Washington as a senior advisor to Reno and as a Deputy U.S. Attorney General. Fishman is a partner at Friedman, Kaplan, Seiler and Adelman, where he specializes in white collar criminal matters. Fishman has represented several public officials prosecuted by Christie, and represented former CWA Local 1034 President Carla Katz, in her legal battle to keep personal e-mails with Gov. Jon Corzine private.

U.S. Senator Frank Lautenberg (D-Cliffside Park) pushed hard for Fishman to get the post in 1999, when Faith Hochberg was nominated to a federal judgeship. But Fishman got in the middle of a rather extraordinary public feud between Lautenberg and then-U.S. Senator Robert Torricelli. The Clinton administration sided with Torricelli, and when Hochberg resigned to take her seat on the bench (after a lengthy delay in the confirmation process), Attorney General Janet Reno elevated Torricelli's preferred choice, First Assistant U.S. Attorney Robert Cleary, as New Jersey's interim federal prosecutor. Cleary remained in office until George W. Bush nominated Christopher Christie in 2001. 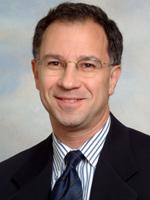