BELMAR – Down by double digitsover thesummer and into September, Gov. Jon Corzine's campaign now has him positioned for a last stretch dogfight with Republican challenger Chris Christie.

"Yes, I do thinkMaggie should be a candidate for Congress,"Giblin told PolitickerNJ.com. "She has great popularity here in the district anda great ability to network. There's no one else like her."

There was speculation tonight in this room packed with Irish-Americans that if Corzine wins re-election and is in a position during the course of the next four years to appoint someone to fill the unexpired term of the now 85-year old U.S. Sen. Frank Lautenberg (D-Cliffside Park), he might have additional incentive to pick his staunch ally Palllone, thereby creating 6th District movement for the battle-hardened Moran.

Asked if she thought Moran would be a good addition to a New Jersey congressional delegation that iscurrently devoid of women, Corzine supporter Valerie Feeeney said, "Absolutely, she'd make a great congresswoman."

Mostly dismissive of the idea, Moransaid if the Corzine campaign prevails she would be more interested in state issues and the emanations of Trenton.

"My husband would be a better candidate for Congress," she said, referring to Belmar Councilman Matt Doherty, who's up for re-election to local government on Nov. 3rd.

Prodded about her own potential as a candidate, Moran said, "You never say never." 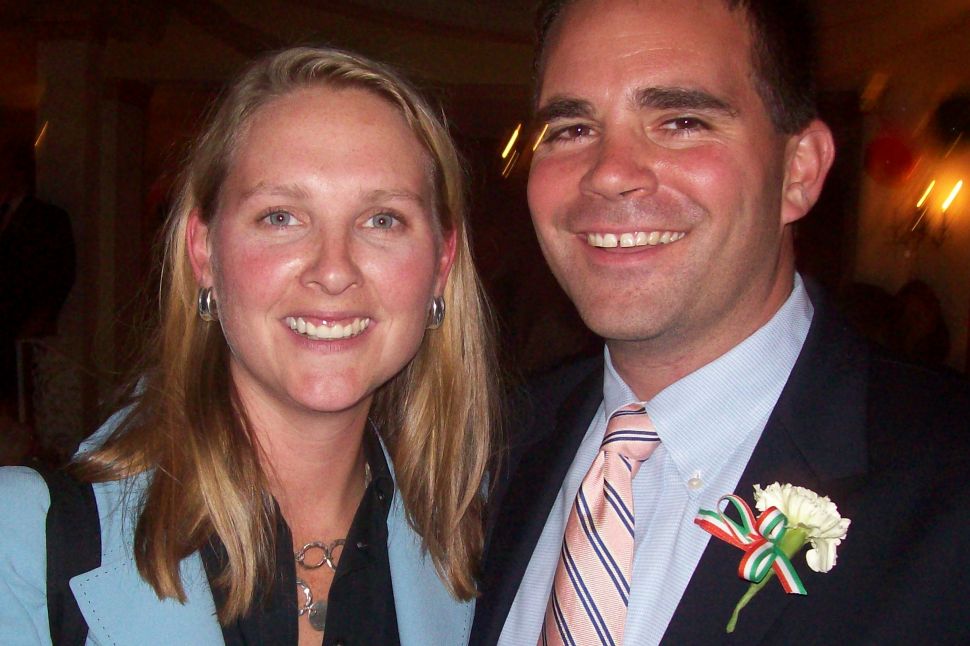