MARLBORO – His name isn't on the ballot this year, but the race for three council seats in Marlboro hasmuch to do with Mayor Jon Hornik, who believes his local brand's solid enough to withstanda barrage that starts at the top with GOP candidate Chris Christie and hispotential to create adown-ballot shock wave.

Going back to when he beat incumbent Mayor Robert Kleinberg in 2007, Hornik has excelled in the last two electioncycles -first trouncing Kleinberg with over 60% of the vote and winning all of the town's 28 districts, then helping Freeholder candidate Amy Malletsecure solid footing in Marlboro, Monmouth County'sthirdmost voter-concentrated town after Middletown and Howell.

Riding in on a Kleinberg backlash, Hornik helped turn the town's arguably most powerful R into a D towin control of the council by a 3-2 margin, vocally fought his own party's power structure on the affordable housing issue, and consolidated bipartisan supporton his way to becomingthe man many area Democrats' see as the future of their party in Monmouth.

As a testament tohislocal power, onetime GOP rising star Jeff Cantor became a Democrat and is running for re-election on the Hornik team, while Republicans Steve Rosenthal and Rosa Tragni decided not to pursue reelection this year.

Last month the Marlboro GOPmanaged to squeeze some television news coverage timefrom a Hornik email to a local restaurant owner, which the candidatessaid was the mayor's way of muscling a businessman out of allowing the Republicansto hold an event at his establishment.

“Jon Hornik has been in office for two years” said Mazzola, “and coincidentally, three weeks before a council election with control of the council at stake, he decides to send out an email on the taxpayer’s dime detailing all the wonderful things he’s supposedly done? Come on.”

Hornik laughed at the attack when he learned of it this week.

"It's a State of the Town address email,"the mayor told PolitickerNJ.com."They (City Connections) don't charge us by email; it wasmailed free of charge on town letterhead, which issponsored by advertisers. We have a newsletter, we started a Marlboro newsletter, which is100% financed bybusinesses. It's not a taxpayer expense. It's unfortunate the Republicans have no issues so they're inventing one to gain traction.

"The taxpayers will see through it," he added. "Theythatexpenses are $2 million lessin townthantwo years ago. They know we arevery cognizantof wisely spending taxpayer dollars."

Convinced that voters are still in the throes of the Hornik glow and bewildered by the attacks on Hornik – the one sure brand for the Democrats here, the only factor that troubles the mayor's allies is the potential forindependents to break big for Republican gubernatorial candidate Chris Christie and create coattails for Gore, Zatz and Mazzola.Jon Corzine won the 2005 governor's race by just 800 votes in Marlboro, and Democratsconcede it will be hard for him to duplicatethat performancethis year.

"I'm supporting Jon Corzine for governor," Hornik said, "butneither the governor nor his opponent has been on the ground much. I don't agree with the governor on every issue, but I believeJon Corzine is thebest person to serve Marlboro's interests.

"Whatever happens in the governor's race, it's been a bipartisan effort locally," he added. "You have very partisan people running on the Republican ticket.My worry is that if they were to get elected,they would be so divisive – based on what I've seen in their campaign -that such an outcome would be devastating to the town."

Republicans are ever conscious of Hornik, particularly as he relates to 2011 and the state senate cycle or future Congressional aspirations, but if they can'tcrushhim with a trifecta victory since he's not on the ballot,they can slow him down, at least,break up his agenda, and in that regard,damagewhatever designs he has for the future, which he still insists are all about Marlboro. 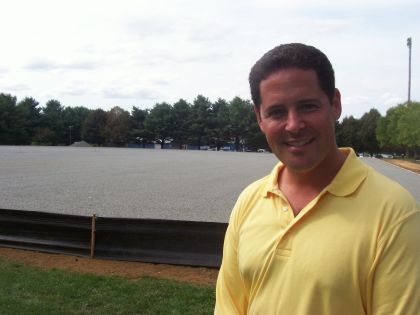