Even as the gubernatorial battle absorbs attention now and for the duration,next year's Trenton mayoral election looms as one of the more interesting contests of 2010.

He hasn't yet formally announced, but the Trenton native who raised his family inneighboring Hamilton Township and moved back toTrenton two years ago, is ready to spring into campaign mode afterthe resolution of the governor's race.

"I'm a supporter of Gov. Jon Corzine's, and I would like to see him win re-election in part because as mayor I know I would already have a relationship with the governor," said the freeholder. "I don't know Christie."

Apublic staple for two decades in Trenton, Palmer may prove a kingmaker next year, and sources say if he decides to back anyone among afast growing field ofsuccessoraspirantshe's likely to alignwith Council President Paul Pintella.

Other candidates include former Freeholder Tony Mack; Councilman Manny Segura; Alexander Brown, the board vice president and an official at the state Department of Transportation; Councilwoman Annette Lartigue; and John Harmon,former president of the Metropolitan Trenton African-American Chamber of Commerce. 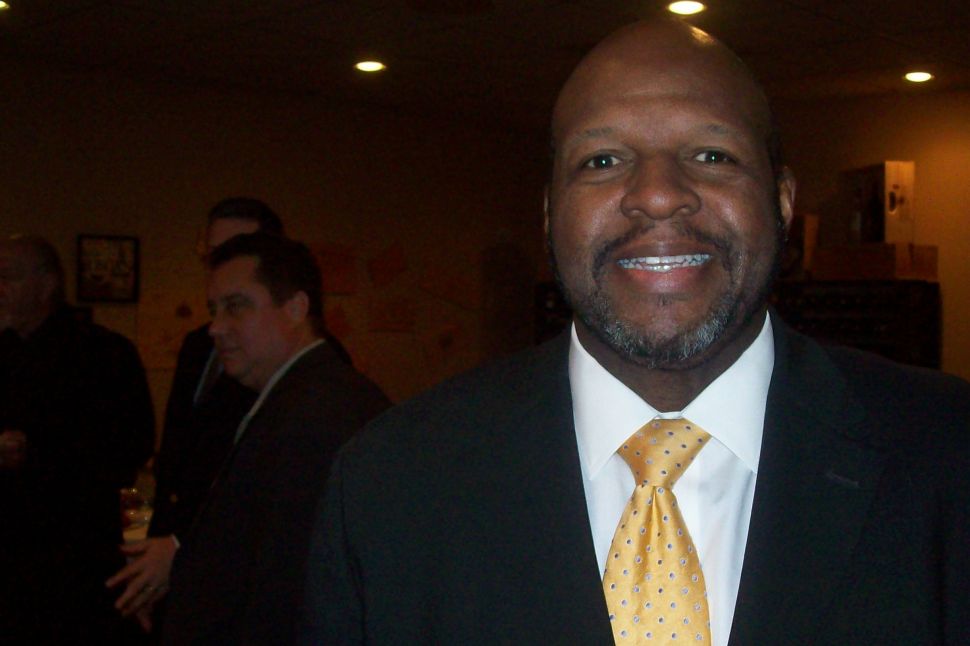