"This is a straight-forward issue, andmy opponent is just wrong," Corzine told Fox News reporter Carl Cameron after conveningthe coffee klatch. "Many states don't require mammograms and it's a decision that favors profitability for the insurance industry over the health and welfare of women."

This shag carpet settingat the home of Jill LaDare on National Mammography Day provided a focal point for women allies to vent – and arm – the governorhours before the candidates' debate tonight at William Paterson University.

Women – some of them in tears – described their detection of breast cancer at various young ages – 19, in the case of Monmouth County Freeholder Amy Mallet. In attendance was Deborah Q. Belfatto, executive director and co-founder of the Susan G. Komen for the Cure.

In an effort to allowpeople to obtain cheaper healthcare packages, Christiesays he wants to give residentstheoption ofskirtingstate mandatesrequiring insurance companies to cover some procedures, including mammograms.

"I wouldn't cut from the mandated coverages," he saidduring his firstdebate with Corzine, as quoted by Gannett."What I'm saying is that right now, we have 550,000 women in the state of New Jersey who have no insurance at all. And what I propose is to say that for those people individuals who are currently uninsured, we should get them some insurance that they can afford." 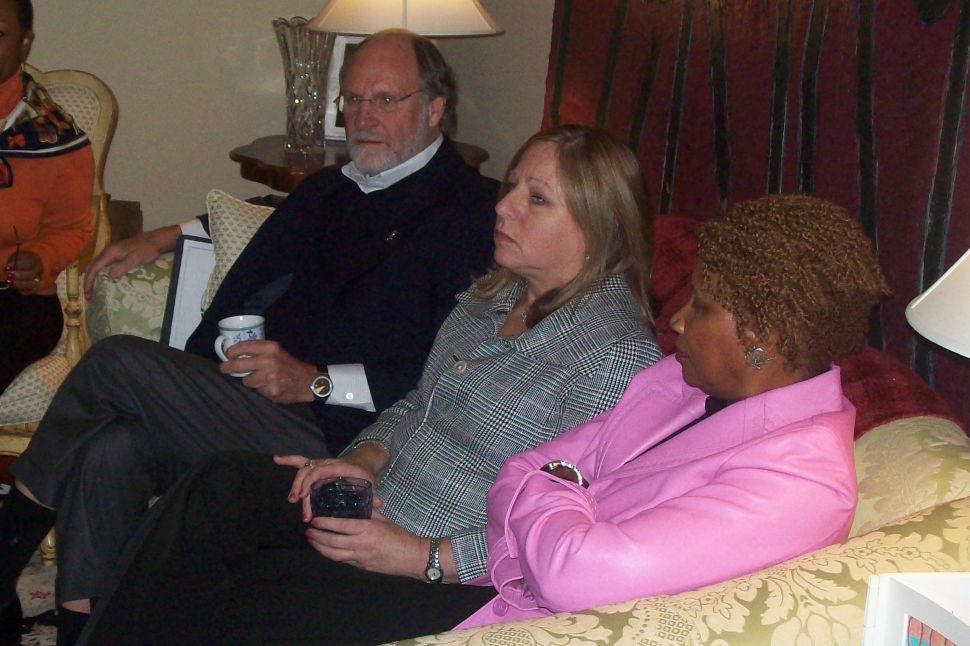