IfRepublicans fail to make significant gains in the legislature this year, the political fate of Assembly Minority Leader Alex DeCroce (R-Parsippany) becomes a question mark, despite the avowed strength he has in his own caucus.

But Assembly Republicansin conversation lay out the contests where they hope to win, and a list that has at various times included districts 14, 19, 36 and 22, now most emphatically begins with District 1, with the other theatres of endeavor offered more faintly in a hard luck economy wherethe GOPhas failed to match the Democrats in fundraising.

If an ugly loss next Tuesday forces Assembly Republicans to reassess their leadership options and decide to back a successor to DeCroce for a new era, DeCroce and his ally, Assembly Minority Whip Jon Bramnick (R-Westfield), have a contingency plan, according to sources.

Shouldthe caucus decides to withdrawits support for DeCroce in the aftermath of a Nov. 3rd humiliation – if it comes to that -sources says, the minority leader would endorse Bramnick, aplan Bramnick wouldn't confirm when confronted today by PolitickerNJ.com.

"That issue has not been on the table, therefore there's no reason to address it,"said Bramnickwhen askedwhether he would run for minorityleaderif DeCroce does not run agan.

"I expect Alex to be the leader," Bramnick added, "and I expect to be his conference leader; we work well together."

Crushed when he tried to gauge support in the caucus for a prospecive challenge to DeCroce, Biondi nonetheless believes a substantial Republican loss come Election Day would be precisely the argument he needs to turn votes his way – against either DeCroce or Bramnick.

In a DeCroce departure scenario, Republican sources offer a potential third candidate as a challenger for leadership: Assemblywoman Alison McHose (R-Franklin), who, like Biondi, would offer the harder conservative viewpoint as a contrast to the more moderate Bramnick.

McHose, it should be noted,didn't sign DeCroce's caucus-circulated petition of support for his reelection as leader.

The veteran Morris County lawmaker could leave the legislature in the event of a Republican victory; that is, if gubernatorial candidate ChrisChristie wins andselects the veteranlegislator as a cabinet member, which DeCroce insists he doesn't want, but which would create the same leadership battle dynamics as would a substantial legislative loss if he ultimately decided to go to the executive branch. 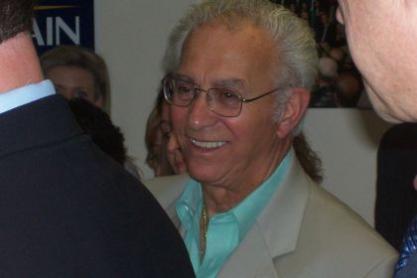