PARSIPPANY – Mayor Michael Luther four years ago won by 39 votes in a town of 50,000 against a Republican Party undermined by a civil war.

This year, the Democratic mayor's challenger, Councilman Jamie Barberio, believes he will win, in part because he trusts he has a better vision for Parsippany, but also because he helpedweld his party back togetherand stands a better chance mechanically to drive voters into his column.

"There's not a single Republican official who doesn't back me," Barberio told PolitickerNJ.com. "One of my goals before I set out to run was securing their support. I knew Ihad to close the gap with every RepublicanI couldthink of."

In a gubernatorial election year in particular, a unified GOP helps whenoneconsiders the numbers of registered voters in Parsippany:6,860 Democrats versus 9,710 Republicans with 11,564 independents usuaully leaning reliably Republican.

The local GOP fracture goes back to the early 1990's,and Barberio was personally in the thick of it in 2005 when he lost the Republican Primary for Mayor to Councilwoman Rosemarie Agostini. Many of his supporters backed Luther over Agostini in the general, but the Republican insists Agostini's faction of the party stands with him this time.

Moreover, Republicans in Christie's home county, in Assembly Minority Leader Alex Decroce's (R-Parsippany) home town,see an opportunity to coordinate Barberio to victory, and relish the fact thattheir opponent is a Democratic incumbentwith Gov. Jon Corzine sitting at the top of the ticket.

Luther and his alliestrust the incumbent has worked his way into post-partisan stature in thisMorris County town where his father was once the mayor, and off-the-record Republicans grudgingly admit he has some gravitas and worry about independents sticking with the mayor.

But for Barberio, the Christie factor plays undeniably to his advantage.

"We share a lot of the same policies,"the mayoral challengersaid of the GOP candidate for governor."I want to bring businesses back to Parsippany and I want to end some of the social engineering structures, likethe present affordable housing mandates and many state mandates on our school system, policies favored by Chris Christie."

Yetto look at the signs blanketing the fall countryside and the edges of the town's main commercial runway, Route 46, you wouldn't know there's a gubernatorial election in progress.

Parsipanny is broken into neighborhoods tucked into hills and broken up by highways: Lake Hiawatha, Lake Parsippany, Mount Tabor, Powdermills, and Rainbow Lakes.

It's almost all Luther versus Barberio.

Praising Luther's ability to work with the all-Republican council, the Daily Record endorsed the incumbent for another four years.

"That upset me because the Daily Record never asked me what my platform was," said Barberio."They talked about the good relations Mike has with us, but we can't even get him to come to a council meeting. I will be a much more accessible mayor." 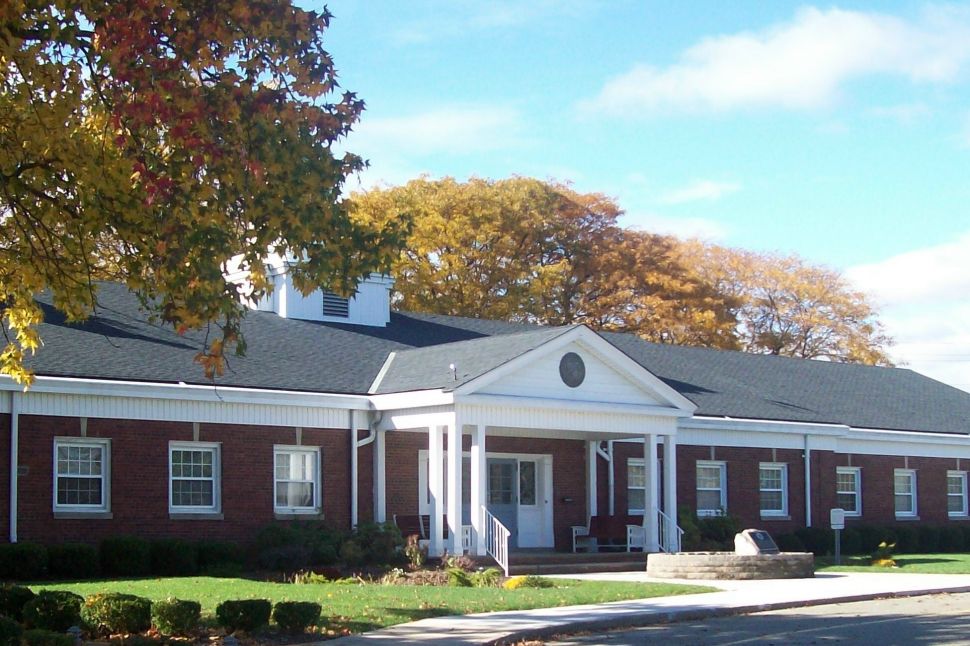