“We’re putting in a chunk of dough from contributions we have received over the last couple of months and ours and Obama’s best people are helping out,” said the governor of Virginia (term-limited out of office at the end of this year) and 2008 short-list candidate for vice president.

Just days before President Barack Obama’s final campaign rally across the river for Corzine in Newark on Sunday, Kaine made three campaign stops here in New Jersey for the governor today, finishing at the Polish National Hall at a bi-annual party fundraising event hosted by Harrison Mayor Ray J. McDonough.

“The issue is there are good partners and there are bad partners, and President Obama recognizes the fact that Gov. Corzine is a good partner for the White House,” Kaine told PolitickerNJ.com. “I think the governor’s opponent is a guy who talks a good game but who’s pretty empty ultimately with no economic experience.”

Most polls show the race between GOP challenger Chris Christie and Corzine dead even in the final week. Quinnipiac University gave a boost to Team Corzine yesterday with a poll showing the incumbent governor five points ahead.

But Kaine was wary of predicting a margin of victory.

“I never do that,” he said. “I will say that I feel good about the direction of the campaign, but it’s going to come down to a sprint to the tape.” 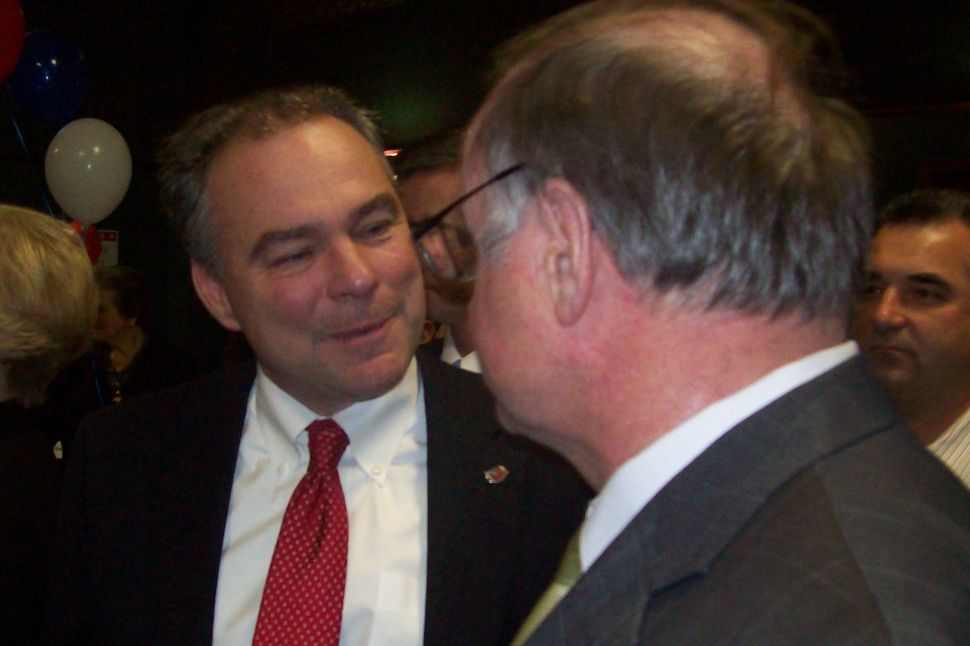