"We cannot reward Republicans for what they did to this country during the eight years prior to Barack Obama," said the son of the late Attorney General and 1968 candidate for president. "How can Chris Christie come over and seriously run for governor? It's time forthem (Republicans) to sit down and let someone else run the state."

More than one thumb and forefinger blew a shrill and long whistle of approval into the big room amid resounding hand claps.

In the back, while co-headliner U.S. Rep. Debbie Wasserman Schultz (D-Florida) ginned up themostlyfemale crowd with a mammogram rip snorter, state Sen. Raymond Lesniak(D-Elizabeth) ordered aCoke and said, "The public has seen it," speakingofChristie's temperament, "and that's part of the reason why Jon's going to win."

Crediting Corzine for helping to foster a culture in the statethat has enabledthe legislatureto gofrom 43rd in the country to 11th in the ratio of women to men, and noting the presence in the governor's cabinet of more women than men, Democratic State Party Chairman Joe Cryan hailed Corzine as "the greatest governor in the history of the State of New Jersey."

The crowd rose for a standing ovation as "We are Family" rocked the speakers. 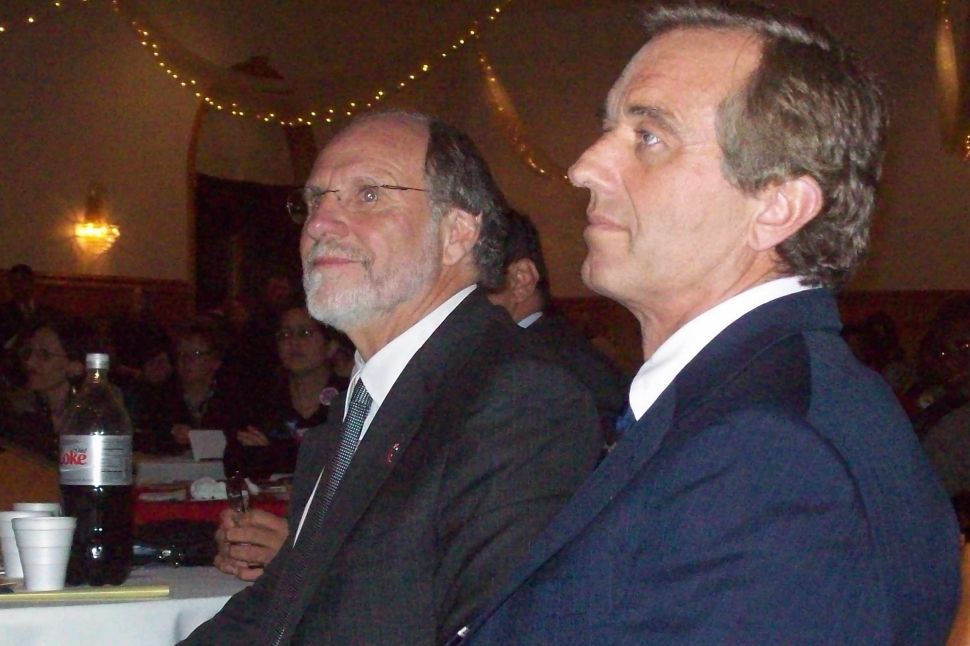