Frank Pallone (D-Long Branch) has the biggest campaign war chest in New Jersey's thirteen member congressional delegation, with more than twice as much money in the bank as Steve Rothman (D-Fair Lawn). Pallone has $4,012,918, while Rothman has $1,759,842. Pallone raised $355,661 during the last quarter, while Rothman brought in just $25,212 – less than any other New Jersey Congressman from either party.

Christopher Smith (R-Hamilton) has the lowest cash on hand – just $120,480. He is expected to face a Republican primary challenge, possibly from former Holmdel Deputy Mayor Alan Bateman. Rob Andrews (D-Haddon Heights) has $195,210 in the bank, and still carries a debt from his challenge to Frank Lautenberg (D-Cliffside Park) in the 2008 Democratic U.S. Senate primary. 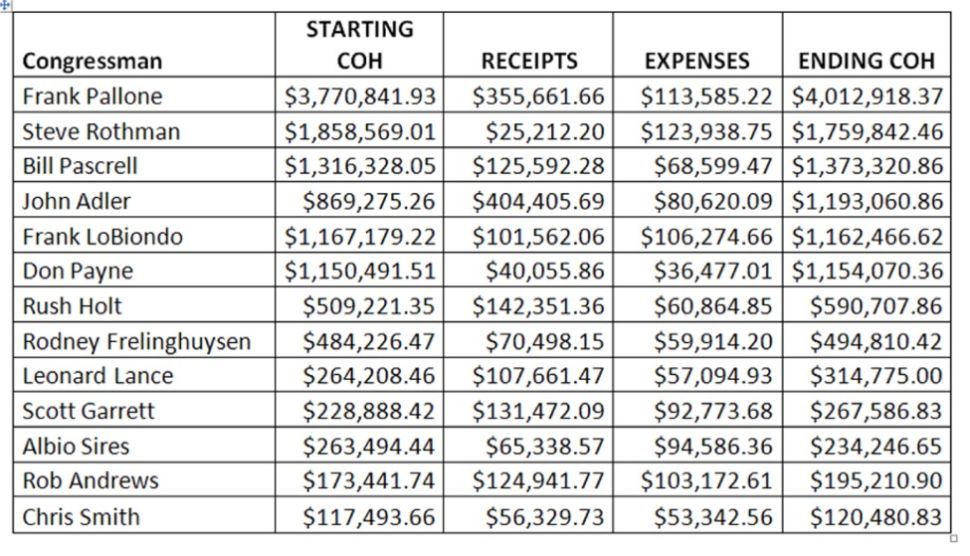