WEST LONG BRANCH – The two teams have formed on either side of a paved drive outside the theater at Monmouth University and they're going back and forth, each heckling and hectoring the other, and a Christie partisan says with a mischievous grin, "street fight."

An hour and a half before the lieutenant governor's debate, theAFL-CIO affiliates and Corzine allies here in support of state Sen. Loretta Weinberg (D-Teaneck) outnumber theMonmouth County Sheriff Kim Guadagno forces, who nonetheless take pride inwhat they say is their independence, if not their numbers.

In the meantime, it's all Guadagno versus Weinberg, with the former trying to play the part of the irrepressible ragtag army up against the empire.

"How much are you getting paid to stand outhere?"shouts a man with a Christie/Guadagno sign.

"You can't buy my vote,"reads the sign of a Christie supporter, who stands next to a kid waving a "Mom loves Kim" sign. 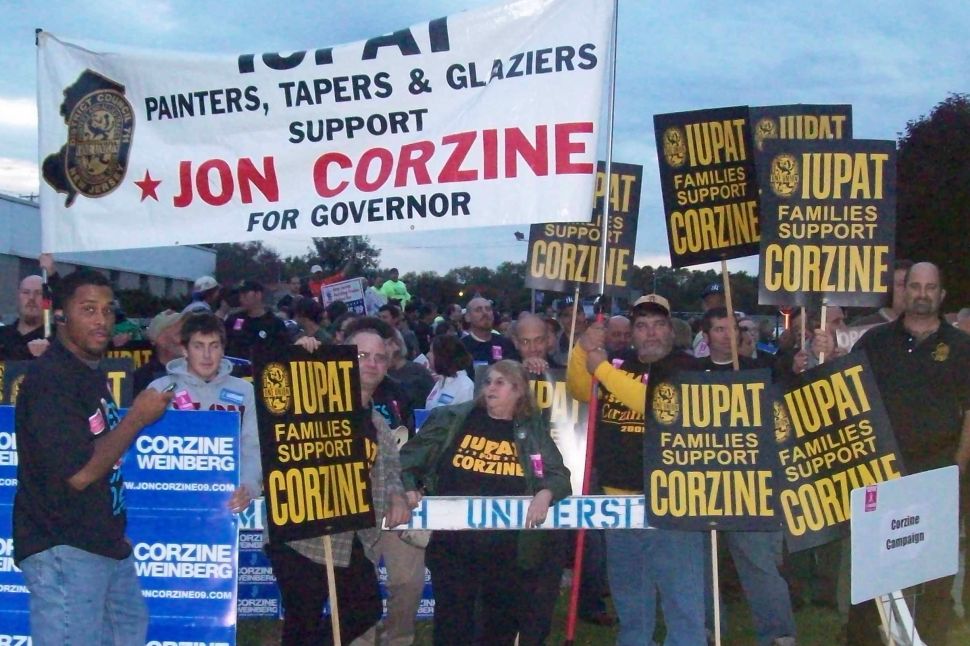