WESTVILLE – Standing in a diner across the street from a soon-to-be-shuttered Sunoco Plant where 400 employees will be out of work, GOP gubernatorial candidate Chris Christie bashed Gov. Jon Corzine asan incompetent incumbent taking refuge behind overkill advertising as the state's unemployment rate climbs another digit.

"He does see the light at the end of the tunnel," Christie said of Corzine, referring to the governor's recent press conferences hypingthe state'sexit out ofa recession. "But that light is a train driven New Jersey taxpayers who will run him off and run him over on Nov. 3rd."

Yet Christie's everyman appearance down here in South Jersey this afternoon came as the Corzine campaign continues to pound him for lavish excursions racked up on the publicmeter while he was U.S. Attorney, including a six-day, $4,705 London hotel stay in 2008, complete with marble decor and heady proximity to Buckingham Palace.

"My secretary made my hotel reservations every timeI had to travel and the instructions were very clear: find a government rateif you could, and if you couldn't, get me the best rate at the most convenient hotel," Christie said."Yes, I have to sign my own (preauthorization) forms, but i don't always know what government rate is."

The Corzine cannonade this afternoonupped the ante witha charge that as U.S. Attorney the crime-buster enjoyed a $700 limo ride from North Jerseyto Atlantic City, another public dimeperk operatives said completes a pattern akin to the luxurious stylings of former Newark Mayor Sharpe James, a Christie targetwhom a federal jury in 2008 convicted on corruption charges that includedhis spending more than $58,000 in city money on extravagant, party-down vacations.

Christie said it'sreflective again of a governor running from his record by trying to bludgeon him.

"I know they're dumping documents, but it's funny, first they said I was amenace on the road," referring to the candidate's wrong way down a one-way street crack-up Elizabeth. "Now they're upset becauseI was driving more.

"Idon't remember," Christie said of the alleged limo incident."Those of you who covered me during my seven and a half years as U.S. Attorney know that was not my normal practice. I drove everywhere. I don't know what they're talking about. I never took a stretch limousine."

Regarding hotel accomodations for his office, Christie said his staff had the same directive: follow the travel rulesbinding theU.S. Attorney, but don't "sleep on a park bench if you can't find the government rate," the candidate said.

And he pursued independent candidate Chris Daggett, who could play the spoiler inan election that with 19 days until Election Day has down to the wire writtenall over it, according to most political observers.

"There isonly one candidate who is going to cut spending, because people have had enough," announced Christie, branding Daggett as a tax shifter, who wouldlower property taxes by 25% only byseizing$4 billion out of state sales taxes,little more than a gimmick, in Christie'sopinion.

"He can't govern because they don't respect him," Christie said. "They roll him every time. He's with Dick Codey one day and Steve Sweeney the next. Jon Corzine cares much more about being loved than being respected. You know, after I spoke in Orange at AME Church a reporter said to me that he didn't hear a lot of claps and amens, and I told him, 'If you think I came here to get claps and amens, then you don't know me.' My sense of self worth comes from doing the right thing."

Christie's blue collar buzz down Route 130into Gloucester County and Sweeney country – just a block and a half away from the ironworker senator's old local headquarters – prompteda fast push-back from Sweeney.

"The closing of that refinery has nothing to do with the New Jersey business climate," he told PolitickerNJ.com. "I've got a letter from Sunoco and I talked to the CEO about this. This is an international issue impacting the company. If Chris Christie wants to come here and show compassion for the workers, that's fine, but to make this an issue and pin it on Corzine is wrong." 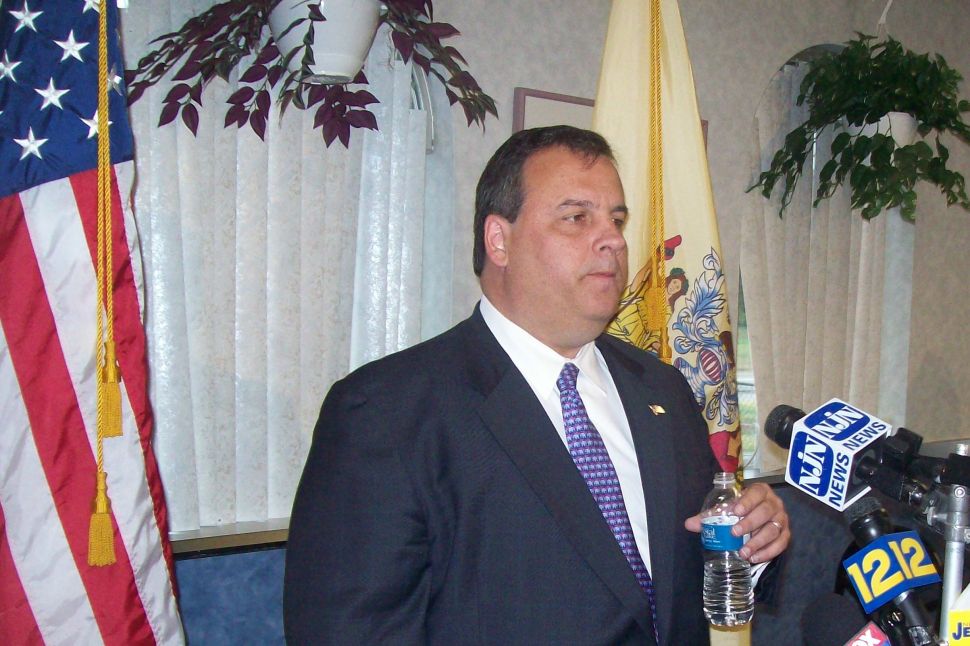