NORTH ARLINGTON — Independent lieutenant governor candidate Frank Esposito says there's an idea out there about him that's just not accurate.

"The illusion that was reflected in one of the questions at the debate – that I'm this kind of ivory tower academic who knows nothing about politics – is a false perception that has deliberately been created," he said. .

Esposito, 68, is a history professor at Kean University and a former interim president there. A lifelong New Jerseyan who grew up in Ocean City, Esposito has never run for elected office at any level before, but he worked for two years as an assistant commissioner of education under Gov. Tom Kean – where he met his current running mate, Christopher Daggett –and later spent two years in the Christie Whitman administration working the Charter School Act of 1995.

Nevertheless, that inside politics experience has not yet translated to a high public profile.

A recent Monmouth University poll showed that 93% of likely voters either had not heard of Esposito or did not know enough to form a judgment, but Esposito says people have started to recognize him since Thursday night's televised lieutenant governor debate.

Still, Esposito remains the most obscure of the six gubernatorial and lieutenant governors who are, at least in the eyes of the Election Law Enforcement Commission, considered viable.

This morning, Esposito stumped at a senior center in North Arlington – a crucial blue collar swing town in the state's biggest swing county. About 25 seniors listened to him – mostly politely – although some chatted and two women played cards in the back of the room.

Esposito gave a speech familiar to anyone who has heard Daggett. The state has been driven to an $8 billion deficit by the policies of both Republican and Democratic administrations, he said, and Daggett is the only candidate cutting through the partisan rancor with a plan to reduce property taxes. Governor Corzine, he added, offers just more of the same and Republican Chris Christie has outlined only"extremely vague" ideas.

But Esposito added a plea to the audience.

"I urge all of you to vote your conscience. Don't listen to the stuff that has been passed around the two major parties – ‘Don't vote for Daggett, you'll throw away your vote,'" he said. "If we stay in the race and keep building the way we are, someone could win this election with 34% or 35% of the vote."

And then Esposito made some remarks major party candidates never have to, noting that due to state rules that provide the best ballot placement to the two major parties, voters will have to hunt for his and Daggett's name on the ballot (although here in Bergen County, they won't have to look too hard, since Daggett got was randomly assigned the ballot's third position – just behind the two major party candidates).

Esposito met Daggett in the 1980s, when both worked in the Kean administration. Esposito said he was impressed with him early on, when Daggett – who was then a deputy chief of staff with responsibilities in emergency management -was interrupted during a meeting on educational issues by an emergency at Salem Nuclear Power Plant.

"We were talking education. This call came in, he stopped the meeting, dealt with this crisis calmly and clearly and handled it. Then he came back, shifted gears and went right back into the education issues," he said.

The two men communicated only sporadically through the next couple decades, until Esposito emailed Daggett to offer his assistance after hearing he planned to run for the state's top office. Daggett then offered him a position on a five-member education advisory committee and later, to Esposito's surprise, as his No. 2.

Both Esposito and Daggett talk frequently about their experience in the Kean Administration. Both were liberal-to-moderate Republicans in the mold of Kean, and still speak highly of him. Esposito said that he doesn't fault Kean for openly backing Republican gubernatorial nominee Chris Christie.

As for his own politics, Esposito said he was a registered Republican until early this year, when he dropped the affiliation (he did not know at the time that Daggett planned to run for governor). The reason, Esposito said, was that the national GOP had moved out of his comfort zone on both fiscal and social issues.

Esposito voted for U.S. Rep. Frank Pallone (D-Long Branch) last year, having worked with him to preserve historic buildings on Takanassee Beach. He can't remember for sure, but he thinks he voted Democratic in the close freeholder race that turned over control of the county's board for the first time in decades. And he voted for President Obama.

"Most of the problems [Obama] is having are with his own party," said Esposito. "It's again the nature of party politics that's creating problems for him." 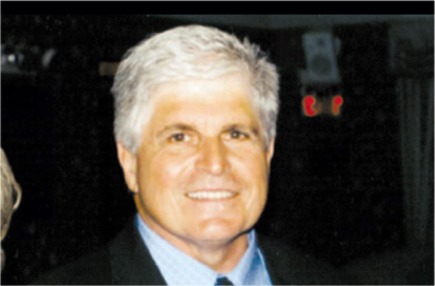