The Chris Christie cabinetmaking process has begun andamong insiderstalk inevitably turns to Republican candidates who are already out there in the public sphere with specific expertise- people like Assembly Minority LeaderAlex DeCroce (R-Parsippany), Assemblywoman Mary Pat Angelini (R-Ocean) and Assemblyman John Amodeo (R-Margate), among many others.

"If Chris Christie asked me, I would take it under serious consideration," said Angelini, the executive director of a youth nonprofit whose name has surfaced early as a possibile commissioner of human services in a Christie administration.

"I'm happy where I am," added the assemblywoman, who had several reasons to celebrate last Tuesday night.

Not only didthe Monmouth County-based legislator'schoice for governor win, but she andherrunning mate Assemblyman David Rible (R-Wall) won by larger margins than two years ago, and her daughter, Toni, was elected to the MatawanBorough Council.

Toiling in the minority for the past two years with a Democratic governor in charge, Angelini said she never knewa different Trenton terrain, and is thrilled now to be a forward observer toa change in her party's favor on theexecutive side of government.

"I think Chris Christie has the capability of bringingall parties together; he's got a vision and he knows where New Jersey needs to be," she said. "He will assemble a cabinet that looks like what he put together in the U.S. Attorney's Office. He will find the best and the brightest."

"Unfortunately, his legacy is one of high taxes and unaffordability," said the assemblywoman. "It is not a happy legacy."

A crane operator with Operating Engineers Local 825, Amodeo has the kind of street credentials easily transferable into a Department of Labor position.

Buthe said he wouldn't abandon his assembly seat before the end of the term he just won.

"I never say no to anything," Amdeo said. "Things change in time. Certainly it would be an honor to be offered. But I would not accept anything in this two-year term. It's kind of hard to leave. Vince (running mate Assemblyman Vince Polistina) and I have the encouragement of the 2nd District. We have the opportunity to have our say with Atlantic City issues. We're Chris' connection down here."

Reflecting on last Tuesday's results after campaigning with Christie on a regular basis when the GOP candidate appeared in Atlantic County, Amodeo acknowledged that many rank and file union workers were not enamored of Corzine's re-election.

"Union leadership was strongly in Corzines corner," said Amodeo. "And he did get a lot of jobs moving. But rank and file guys, the guys paying taxes and paying tolls – the guys actually spending money – these guys are feeling the pinch. Leadership is telling them who to vote for, but inside the polls they're turning around and voting Democrat all the way, for the most part, except at the top, where they voted for Chris Christie."

But Pennacchio, a dentist by trade,said he personally has given zero thought to being a cabinet member.

"Chris Christie canmake me a more effective senator by forcing others on the other side to work with us," said the senator. "As for assembling a cabinet, Chris is doing pretty good all by himself without Joe Pennacchio's help. If he chooses people who believe in low taxes, transparency and accountability, we will do fine. Chris is very bright and very politically savvy." 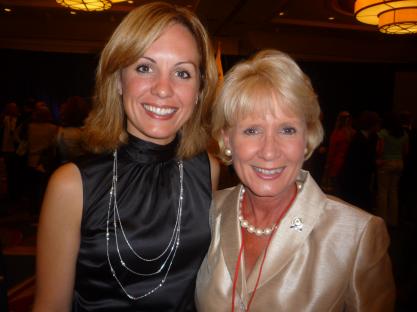