PARK RIDGE — Waiting for Chris Christie to arrive at a diner in his district this morning, state Sen. Gerald Cardinale (R-Demarest) said that he’s unsure of whether asset monetization will have a major affect on the gubernatorial race.

“It was a very bad move. It was a good shot for Christie to remind people of what Corzine actually is,” he said. “It came so late. And the major media haven’t played it very forcefully.”

Christie said that he believes Corzine walked back a comment to the New York Times that he wanted to revisit a “scaled back” version of the politically disasterous plan.

“He’s almost denying his words,” said Cardinale, who said the apparent gaffe was “characteristic of Corzine."

“He’s got such a deeply ingrained adherence to that kind of thought that even just before an election, he can’t sublimate it. He wants to do that. It’s his Wall Street mentality. And he doesn’t understand the plight of somebody who has to take one of those roads to work every day,” he said. 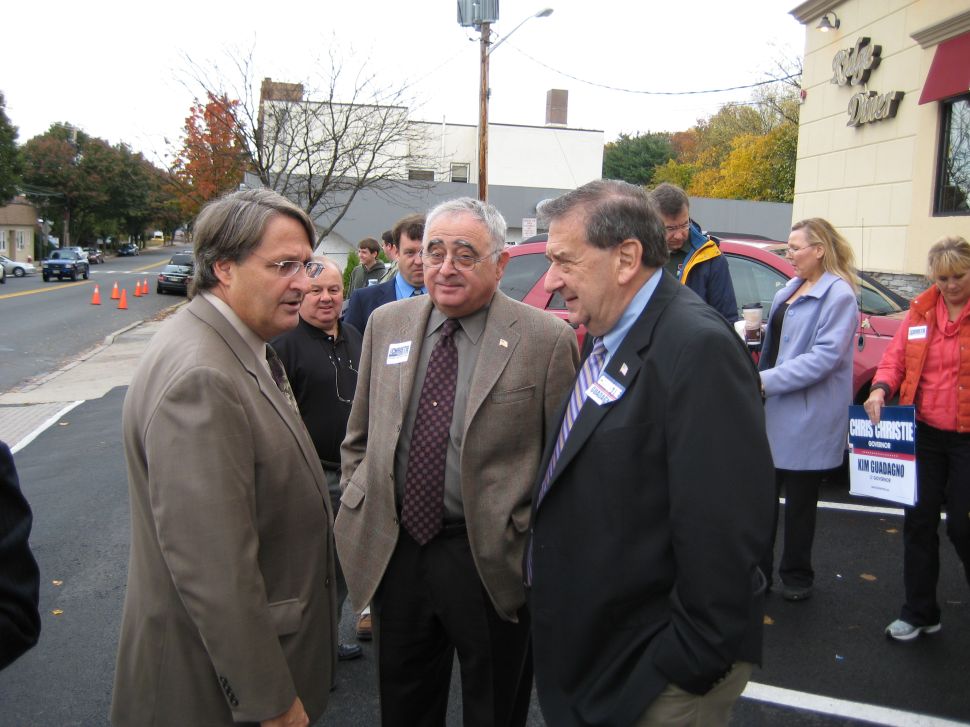