MENDHAM – Republican gubernatorial candidate Chris Christie showed up to his neighborhood’s fire house to vote today just past 7am.

Christie, accompanied by his wife and four children, walked past a line of about 20 reporters and cameramen to cast his ballot before addressing the scrum right outside the polling place.

“We feel good about the message we’ve given to New Jersey. Today is a day for change,” said Chrstie.

The Republican said he felt “very confident” about his chances. He acknowledged the possibility that Democratic Gov. Jon Corzine could be reelected, but said that anti-Corzine voters know that independent Chris Daggett “is never going to be elected governor” and will instead vote for him.

“If for some reason I’m wrong and it doesn’t turn out that way, then tomorrow is time to find a job. One way or the other, tomorrow will be different. We’re ready either way, but we’re very confident that tomorrow I’m going to be meeting with a group of folks to start a new government,” he said.

Christie, leading in the polls until they tightened to show a dead heat towards the end of the race, is the state Republicans’ chance at winning the State House since Gov. Christie Whitman won reelection in 1997. A loss for him could be a serious blow to the morale of the party, which has not won any statewide races since Whitman’s reelection.

When asked if he felt the weight of the New Jersey GOP on his shoulder, Christie said “I don’t think so. The Republican Party will be here tomorrow, one way or the other.”

“Hopefully after I win tonight, this will send a message to other people who running statewide campaigns that you don’t have to run a campaign like Jon Cozine. You don’t have to be a personal attack machine. You don’t have to run down your opponent’s personal reputation in order to win,” he said. “I think one thing that will come out of tonight’s victory is that we’ll have a new way of doing politics in New Jersey, because if Jon Corzine can’t succeed spending all his money, normal candidates won’t be able to succeed either that way anymore.”

As he was getting into the passenger's seat of his Lincoln Navigator to depart, Chrisite waved a quick goodbye to his sister, who blew him a kiss. After that, he said he was off to drop two of his kids off at school and then make four consecutive diner stops in Morristown, Summit, South Amboy and the Golden Dawn Diner in Hamilton — where he began his February candidacy announcement tour. 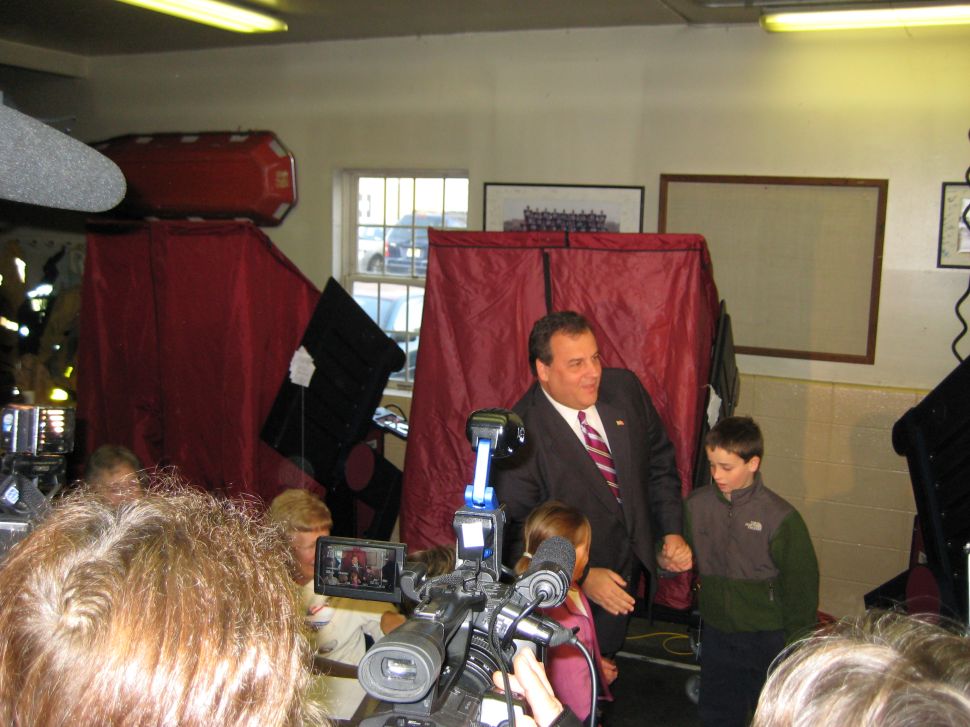