In trouncing Chris Christie in Newark last night by 32,400 votes while losing statewide, Gov. Jon Corzine received a total of 35,669 Newark votes, compared to the 39,573 he received four years ago in his first bid for governor.

Duringthe weeks leading up to Election Day, operatives fretted about the Central Ward, Mayor Cory Booker's old ward where the death of a local leader this past summer threw the political structure into doubt.

While the Central Ward did not perform as well for Corzine as it did in 2005, it's fall-off approximated the drop in numbersfor the Democrat in other wards. In the Central, Corzine received 7,755 votes this year, compared to 8,700 in 2005.

In the North Ward, home to Steve Adubato's vaunted North Ward Democratic Organization, the governor received 6,302 votes, compared to 7,202 in 2005.

And the East Ward, home base of Democratic leader Joe Parlavecchio and the smallest ward in Newark, Corzine received 3,321 votes compared to 3,819 in 2005.

Christie, a native son of Newark, fared similarly in the city to failed GOP nominee Doug Forrester in 2005 – right down to receiving the exact same number of votes – 380 – as his predecessor in the West Ward.

Christie's best numbers came out of the North Ward (1,223) and the East Ward (1,025). Forrester received almost the same totals in both wards. In the North, the Mercer businessman four years ago tallied 1,199 votes, and racked 920 votes in the East Ward. 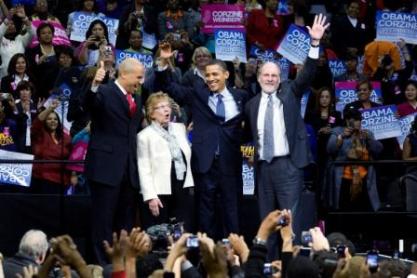