"Ithink the people who backed Steve Lonegan in the past aren't at all interested in supporting Chris Christie,' Daggett told PolitickerNJ.com. "I've seen it on the campaign trail. They knowChris Christiedoes not represent whatthey feel isin the best interest of this state in the sense of taking on the tax system and being able to reduce taxes as I've proposed to do.

"I've seen they're more interested in seeing somebody who's interested in stepping up to address the issues and give some commonsensical answers, not some big promise that he's going to cut taxes across the board and then give you no plan whatsoever to do it," Daggett added.

Sagging poll numbers, and the drumbeat on 101.5 FM, however, suggests that Republicans have penetrated with the message that a vote for Daggett is a vote for incumbent Democratic Gov. Jon Corzine.

The complicity of some talk show hosts on that station with thenotion that Daggett's a Corzine stalking horse, disappointed the independent candidate.

"I've been around for a long time and i'm not so naive as to believe that people are voting for me as much as they are voting for me and a combination of being fed up," Daggett said. "Every day, people call up and talk about it (the Dagget-Corzine connection) and when Jim Gearheart and Dennis Malloy have the once chance to do the right thing here, they end up being party guys. Ican't believe Jim and Dennis at the last minute, after all these years, turn out to be party guys through and through . They're not independent at all."

On a tour of New Jersey the day before the election,Daggett's campaignbus stooped at campaign headquarters on Bloomfield Avenue before Daggett and his running mate, Frank Esposito, went door to door among Montclair's downtown businesses.

Over the weekend, Lonegan in a robocall dispersed throughout Warren and Hunterdon counties, hammered Corzine and Daggett as pro tax, pro choice candidates.

"When you don't have a plan, you beat everyone else's plan up," Daggett said."They have no plan whatsoever. If you go back to the debates, listen closely and then listen to what's been said after the debates. The guys who are the closest in tax plans are Chris Christie and Jon Corzine. You talk about being joined at the hip? Both of them have said they want to restore the property tax rebate, both of them have said they're not going to fix the pension system and that wewill have to roll back taxes for a few years. That sounds like two guys who don't know how the system works and who have no interest in helping out the hardworking people in new jersey who are suffering under thestate's property tax burden. Don't listen to me, go back and listen to the tapes." 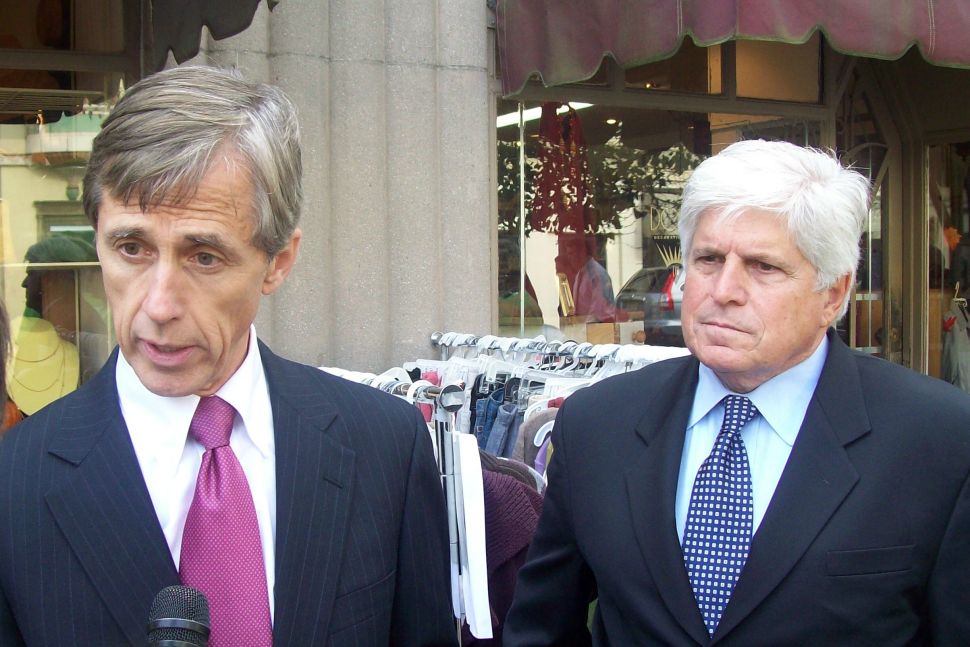