He sits on the budget committee as a member of the minority party calling into that chasm between himself and Democrats running both the executive and legislative branches.

But while the opposition last Tuesday maintained itshegemony on the legislative side, the GOP now has a governor-elect in Chris Christie, from whomAssemblyman Declan O'Scanlon (R-Little Silver) trusts there will be an invitation of engagement.

"I'm hoping the Chris Christie administration will work hand in hand with the legislature and I'm hoping folks like me will have a seat at the table policywise," O'Scanlon said. "The cabinet needs to be about real reform, not re-election four years from now. I'm looking forward to a cabinet created that way. I hope it's going to be an open administration.

"As a member of the budget committee I hope to be included and I would like to believe one won't need a cabinet position in order to have input," added O'Scanlon.

"Ithink the toll comment, too, was worth a full point,"said O'Scanlon, referring to Corzine's comment to the New York Times just days before the election that he'd be willing to take another gander at his toll monetizaton plan.

O'Scanlon first ran for the assembly in 2005 when he remembers running into Corzine canvessers on a regular basis.

Their absence fromthe 12th District keyed O'Scanlon into the idea early in this last cycle that the governor wasn't serious about competing in Monmouth; indeed, that thebattle line had shifted northward,where Corzine would be forced to play defensein Middlesex – where he wouldultimately lose by a few points, even as Christie buriedhim in Monmouth.

O'Scanlon today said Christie's victory has already changed Trenton for the better, as far as he is concerned.

"I've gotten numerous calls from legislators – Democrats – and they are expressing an interest in working together," O'Scanlon said. "There is no question, that we are now in a whole different world." 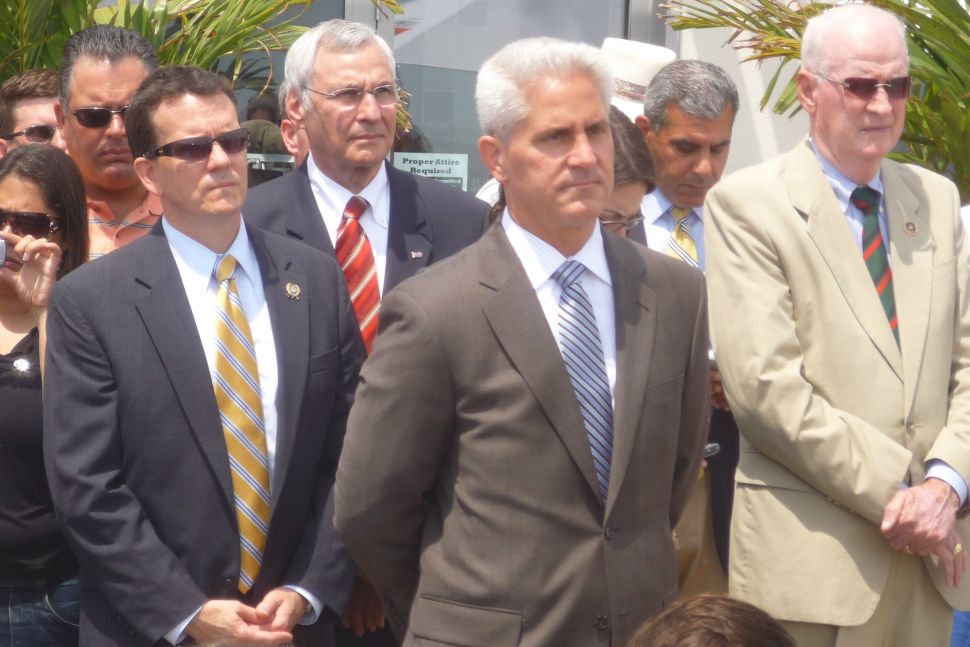