TRENTON – Garden State Equality activists just mobilized at their West State Street headquarters,received a megaphone buck-up from their leader, Steven Goldstein, and headed for the Statehouse.

"We progressives are fired up, and not just the gays," Goldstein said in a weekendemail blast to supporters, which he amplified here this morning.

"If the Democrats don't enact marriage equality now, after years of telling us to wait, it will cause ahuge schism between the state Democratic partyand its entire progressive base," he added."And it could change the political landscape of New Jersey permanently."

Goldstein stood at the head of an estimated 250 marriage equality advocates massed on the sidewalk and en route to the Senate Judiciary Committee.

"Can we hold hands, or would that be too…" a woman's voice trailed off.

"Of course you can hold hands," Goldstein toldher. "You're gay activists marching for marriage equality."

Goldstein and Garden State Equality want the legislature to move between now and Januaryto enactmarriage equality for gays.

Lame duck Democratic Gov. Jon Corzine has pledged to sign a gay marriagebill into law, while his successor, Gov.-elect Chris Christie, says he would not signsuch abill.

Senate Majority Leader Steve Sweeney (D-West Deptford), who today is expected to receive sufficient votes in the Democratic caucus to become senate president, is opposed to affirming marriage equality at this time. 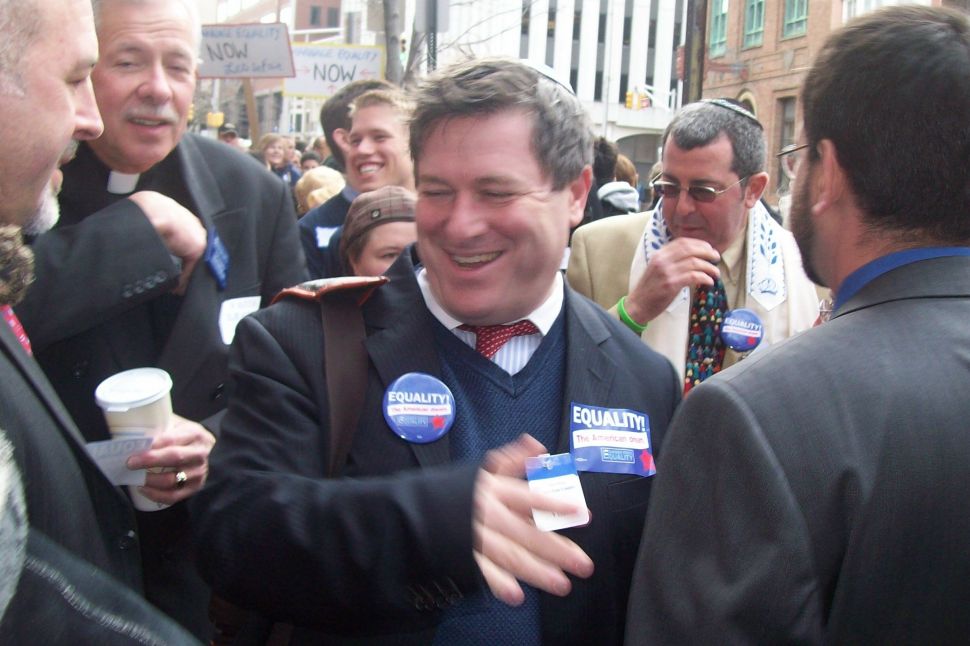