PRINCETON – A week to the day after Congress passed a health care reform bill that she personally maneuvered through the lower house halls of power, U.S. HouseSpeaker Nancy Pelosiof Californiaon Saturdaydescribed the measure as a stimulus of economic and individual freedom.

"The public option creates dynamism in the economy," said Pelosi after touring the University Medical Center at Princeton with U.S. Rep. Rush Holt (D-Hopewell Twp.). "We want to encourage self-employment. We want people to take risks, and the biggest anvil aroundour entrepreneurial spirit is the cost of healthcare. This is a liberator for people.

"The premiums pay for the benefits," added the Democratic Party leader.

Pelosi was scheduled to attend a fundraiser on Holt's behalf after touring the hospital facility.

Although Holt regularly dispatches of his Republican challengers every two years by, on average,30-point margins, he said he never underestimates his opponents in a Democratic district dominated by independent voters.

"It's not a politically safe district if you look at the numbers by registration," said the congressman, who next year faces a challenge from Fair Haven Mayor Michael Halfacre.

"I have never stopped day and day reaching out to constituents in my district," Holt added."People have been trying to say thatwe scheduledthese town halls to talk about health care. But I've been holding town halls for 11 years. I pride myself on being in touch."

"She's come to my district many times," said Holt. "We're friends, and I'm her ally in Congress. I believe in Nancy's tremendous leadership."

"I regularly come to support Rush Holt, as it's my privilege to serve with him in Congress, where he is very highly regarded," said the speaker. "I'm very supportive of his candidacy, and he has supported us in helping to win other seats, including the seat just won in New York by Bill Owens."

On learning of Pelosi's presence in the 12th District, Halfacre fired off a statement.

"Rush Holt has supported Nancy Pelosi's radical left wing agenda since she became speaker so it's no surprise she would come here to repay him for his support," said the Republican candidate."But Chris Christie's successon November3rd, especially in this district, proves thatthe people of the 12th Congressional District have had enough of the Holt/Pelosi/Corzine philosophy of government.All the money in the world won't be able to change that next November." 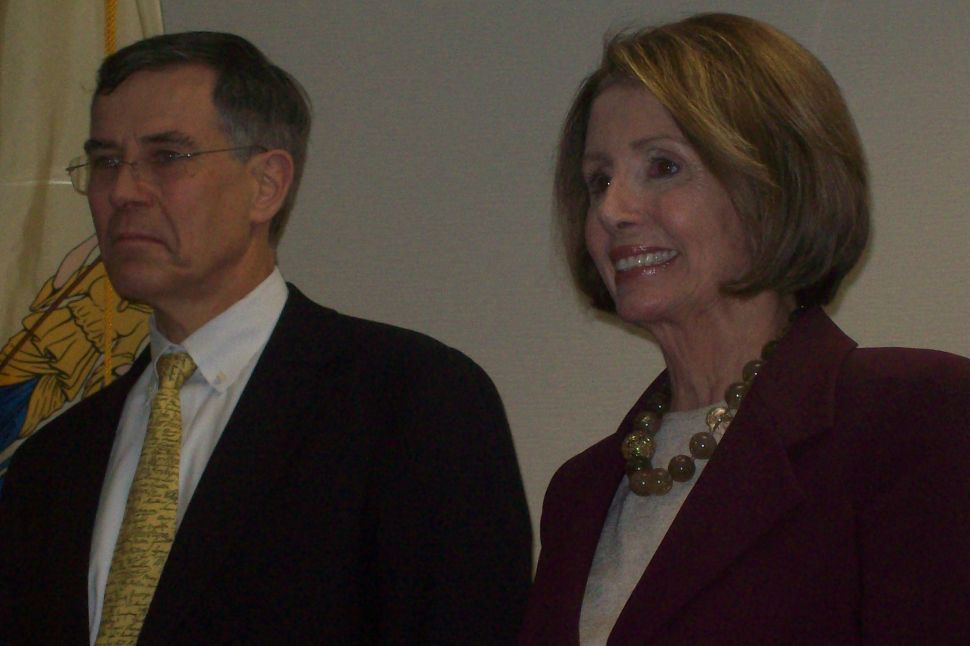