"He said that Corzine was 'one of the best partners I have in the White House…we work together. We know our work is far from over.'

"That's right," Lonegan added."The radical national agenda of Barack Obama is hoping to get a boost from the election for Governor of New Jersey. You know what that means.Last week, the most left-wing Speaker in the history of Congress unpacked her plan to take over health care – and with it 18% of the American economy.Coupled with the Obama 'cap & tax' scheme, both these bills will destroy American competitiveness, drive-up costs, and amount to the largest collective tax increase ever.

"It is time to say no to Obama's plans to Socialize Medicine and the way to say no is by defeating Jon Corzine this Tuesday."

Lonegan endorsed Christie on the night of the Republican Primary, but has been mostly subdued on the campaign trail until now.

He welcomed U.S. Rep. Joe Wilson (R-S.C.) to New Jersey yesterday to campaign for Christie. Wilson shouted "You lie!" at Obama during the President's State of the Union speech earlier this year.

Lonegan's chief Warren County ally, Assemblyman Mike Doherty (D-Washington Twp.), a lock to win election to the state senate in the 23rd district tomorrow, said New Jersey Right to Life robocalls yesterdayurged votersto vote for the only pro-life candidate in the race, Christie, and pointing out that both Corzine and independent candidate Chris Daggett are pro-abortion.

Lonegan, who beat Christie in Warren and Hunterdon counties last June, also did arobocall last night stating his strong support for Christie and urging a vote for Christie. 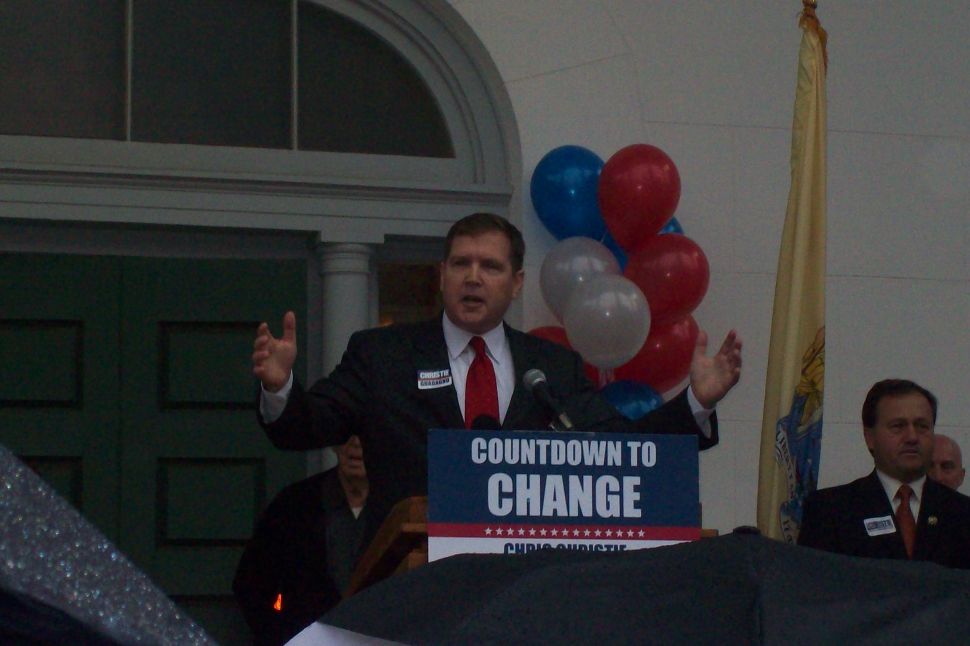