"No, that's just somebody starting trouble," said the mayor, whose town, Woodbridge, went for GOP candidate Chris Christie over Gov. Jon Corzine even as McCormac's local Democrats won in all but one of the wards where they contended.

Some Democrats quietly fumed and blamed the former State Treasurer for working against Corzine during the campaign, but the mayor all along said he was focused on electing local candidates and preserving a majority on the council.

Association with an unpopular incumbent governor was not in his best local interest.

Christie two days after the election surfaced on the streets of Woodbridge to hobnob with McCormac and local busness owners.

Sources close to the mayor, who at one pointin his career was a Republican,say his temperament is too independent for party leadership. He doesn't believe the bum in every race is a Republican, nor does he believe the Democrat is always an angel.

A close ally of former Gov. Richard Codey, McCormac's passion for the top of the ticket might have been different had Corzine stepped aside and made way for his predecessor, sources say. 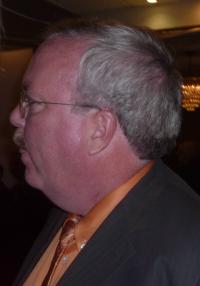