"The eyes of the nation are on New Jersey," cries the senator at this labor rally behind Camden County Democratic Committee headquarters.

He forges the connection between GOP gubernatorial candidate Chris Christie andthemanfor whom Christie fundraised in the2000 election before landing the job as U.S. Attorney as a returned favor from Bush.

"Are you going to vote for a Bush pioneer who will try to implement the same policies that led us into the worst economysincethe Great Depression?" asks Menendez to scattered boos.

"Or for hope and opportunity for working men and women that Jon Corzine represents?" 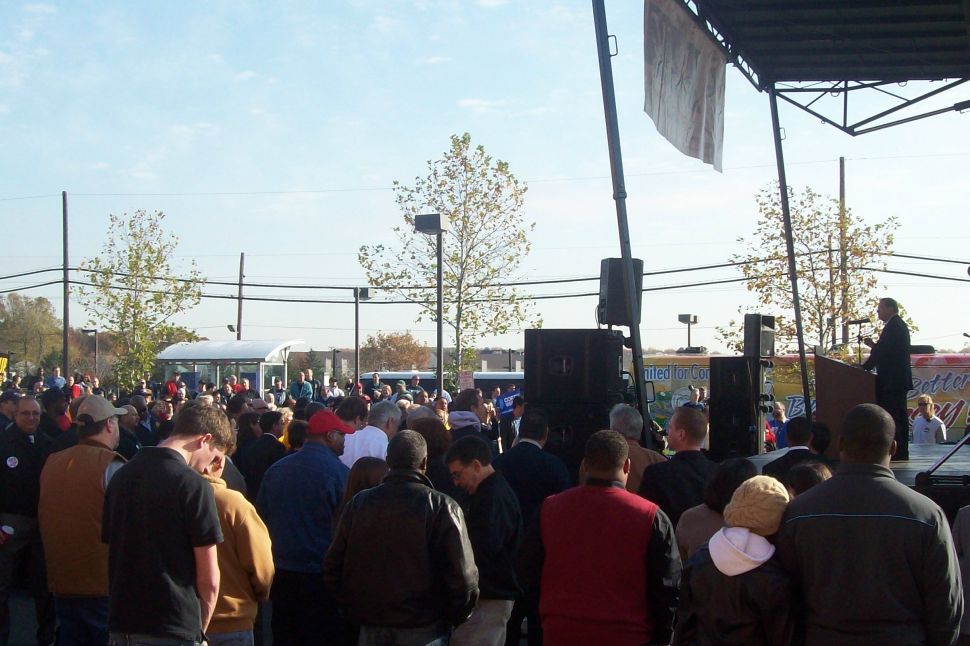