A veteran New Jersey political consultant who has run into controversy before was charged today with impersonation and violation of the Fair Campaign Practices Act.

Kevin Collins, 39, allegedly was responsible for automated phone calls in support of District 40 Republican primary challengers Joe Caruso and Anthony Rottino. In the call, a woman who identifies herself as “Ann” lobs several charges at incumbents Scott Rumana (R-Wayne) and Dave Russo (R-Ridgewood)

Collins, who lives in Brooklyn but used to live in Wood-Ridge, allegedly gave the robocall services company the cell phone number of Ann O’Rourke, Rumana’s chief of staff, so that the call looked like it originated from her.

“This is a case of identity theft and misrepresentation,” said Attorney General Anne Milgram. “The defendant used the victim's cell phone number and first name to make people believe she was responsible for the robocalls.”

Over 12,000 residents of the 40th district got the call on primary day, June 2. According to the Attoney General's Office, it did not identify who paid for it and made several inaccurate claim about the incumbents.

Collins drew fire over a 2007 primary campaign mailer against state Sen. Kevin O’Toole (R-Cedar Grove), who is half Korean-American, comparing him to Al Sharpton. Many political observers considered it race baiting, and the flyer was widely condemned by leaders of the state GOP. 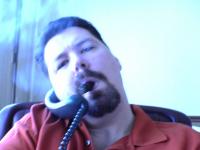