NEWARK – The crowd spilled out onto the pavement following the rally with President Barack Obama and just in case there was any doubt about whyhe was in town, a TV truck broadcasting flatscreen images of Gov. Jon Corzine in action started circling the arena blasting out the message, "Corzine, Corzine, Corzine."

The crowd, of course,was still talking about Obama.

"Awesome," said Assemblywoman L. Grace Spencer (D-Newark), who was positioned on the floor in front of the stage where the president spoke at the Prudential Center said in response to a PolitickerNJ.com question. "There is a humility to him- unmistakable. It's easy to see that he worked his way up the hard way."

But withless than 40hours to go before Election Day,the presidentis delivering more than inspirational presence to Newark.

In an election in which Democratic Gov. Jon Corzine and GOP challenger Chris Christie are deadlocked in most polls, the city carries its own set of mechanical challenges sufficiently troubled to warrant overlay attention from the president's political arm, whichhas committed over 50 street people to Corzine's cause, in addition to money, according to sources.

At the heart of the city'svoter-turnout challenge stands theCentral Ward, where North Ward leader Steve Adubato, Freeholder Blonnie Watson andMayor Cory Booker are all quietly positioning candidates to take control of that vital territory but which in the interim has no established political leader.

East Ward politicalveteran Joe Parlavecchio, a close ally of Adubato's, said he doesn't see the North poised for embarrassment in this election owing to an ongoing investigation into the organization by the state Attorney General's Office, which indicted five workers from state Sen. Teresa Ruiz's (D-Newark) 2007 campaign.

"Maybe they're not going to be as reliant on absentee ballots (the source of the investigation), but the machine is going to be working," Parlavecchio said.

West Ward Councilman Ronald C. Ricewas with Obama back at the beginning ofObama's 2008presidential run. Hisstate senator father handles the West Ward, but the younger version has worked as a surrogate for Corzine and on Election Day will be rallying voters.

He says the closeness of the race heading into the finale gives him confidence.

"We don't want to see the president embarrassed, and if it's neck and neck as most of the polls say, I feel good about that, because then it's on me," said Rice. "Then I have to be out there getting out the vote and it's something I can control, and that is a good place to be. If we don't do it, I can blame myself.

"Jon Corzine's plan of action is the same as the president's in New Jersey and that is you invest in certain things – even in tough times – that are important, like education and urban renewal," added the councilman."The solution for the State of New Jersey is not the last eight years that got us in this position. I thought the president was right on when he said, 'Stop complaining that we're not cleaning up the mess fast enough, get a mop.'"

Every voterat the rally was going toreceive a robocall reminder about Corzine.

"The rally helps," said aNewark political operative, ready to get back to the mechanical side of an equation that on Sunday afternoon was all Obama inspiration. 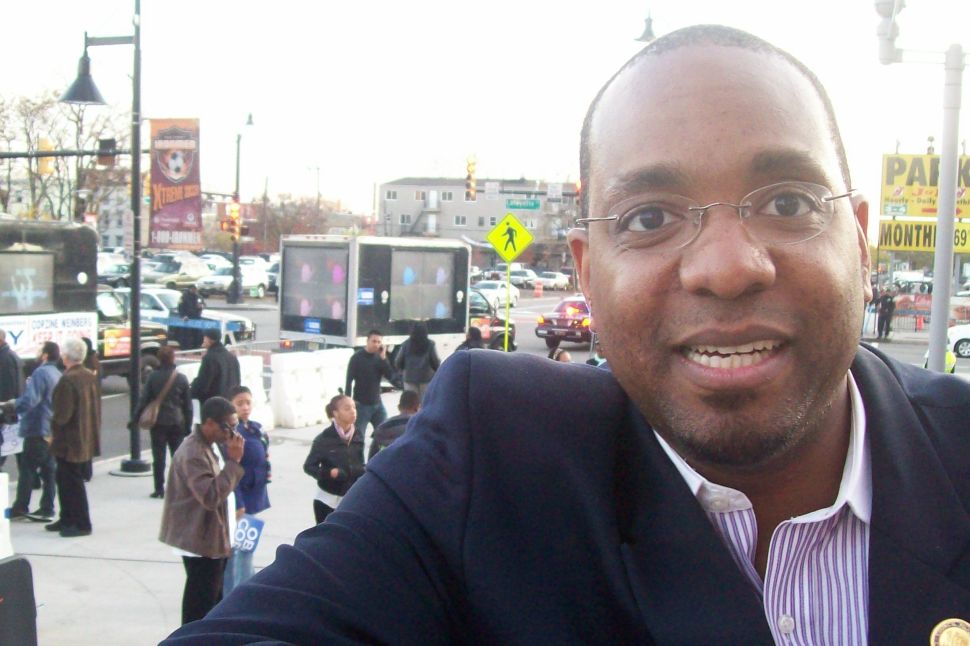