TRENTON – A few Democrats circulate in the big room here at the East Brunswick Hilton, sorting through the devastation with varying viewpoints and plans.

There's Senate President Richard Codey (D-Roseland), who endured his own drama this fall in which he apparently emerged on the losing end.

There are some grumbles as he approaches about how his opponent, Senate Majority Leader Steve Sweeney (D-West Deptford) should have delayed taking the fight to Codey until after the gubernatorial election.

Asked if he's going to run for governor in2013, Codey tells PolitickerNJ.com, "It's a serious possibility."

There were some days during the campaign when he sweated itout, but he won with little difficulty ultimately.

"The people re-elected 47 out of 48 Democrats," says Wisniewski. "While we're very sad at the governor's loss, the fact that almost all our Democrats returned to office was an affirmation of the policies we have pursued and the leadership of Joe Roberts."

"Politics," he says with finality. 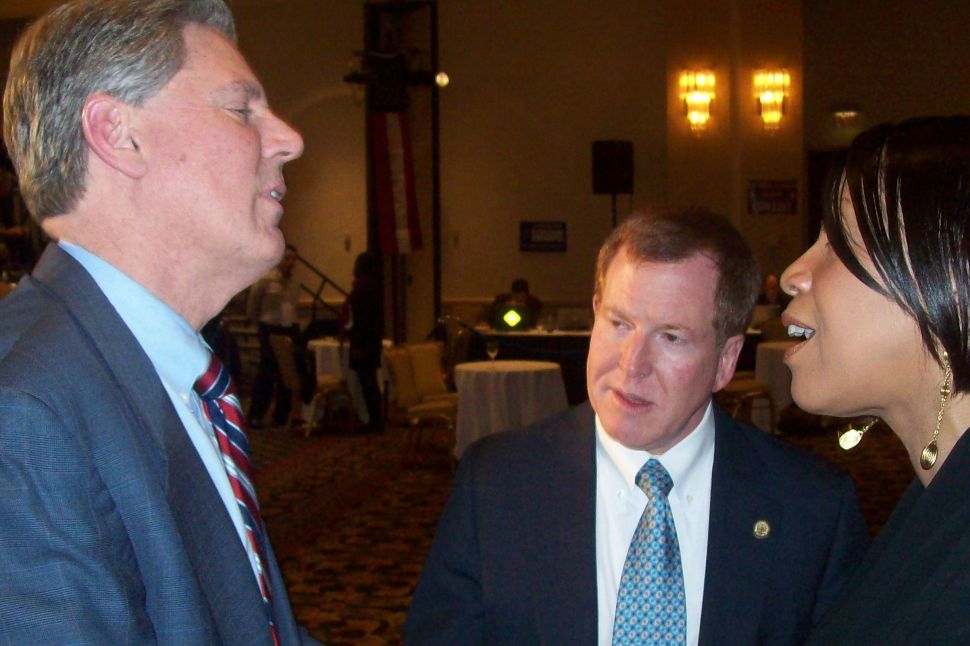