Hours after he was signed by the San Diego Chargers for the rest of the football season, former Eagles tackle Jon Runyan today announced that this will be his last season in the NFL and that he will run for Congress next year.

"Yesterday, I received an offer to pursue my professional dream of winning a Super Bowl, and have decided to sign with the San Diego Chargers for the remainder of this season through the playoffs. Win or lose, these will be my final games as an NFL player,” said Runyan in a statement. “Last night, I personally informed the Republican County Chairmen in NJ's 3rd Congressional District that after the season is over I plan to officially retire from football and pursue a campaign for the United States Congress. I want to thank all of the people who have been encouraging me to run next year and let them know that I look forward to a successful end to my career on the field, and a spirited campaign against Congressman Adler in 2010."

Runyan, who played for Philadelphia until 2008, plans to run as a Republican in the 3rd District, which U.S. Rep. John Adler (D-Cherry Hill) last year became the first Democrat to represent since the late 19th century.

Runyan, who already appears to be backed by the Burlington County GOP, will have a primary competition against at least one Republican: former Tabernacle Township Committeeman Justin Murphy, an anti-machine candidate who had a surprisingly strong third place showing in last year's primary.

It remains to be seen whether the formidable Ocean County Republican Organization, led by Chairman George Gilmore, will back Runyan or field their own candidate.

Both Gilmore and Burlington County GOP Chairman Bill Layton said they will take pains to avoid a primary. Also weighing in will be the Republican Party from Camden County, which has one town — Cherry Hill — in the district. 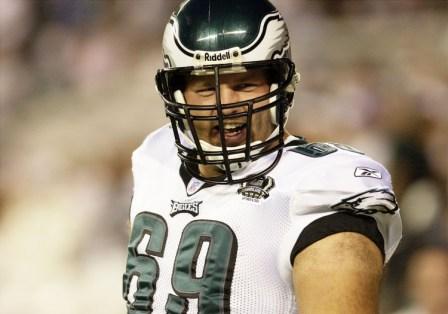