ATLANTIC CITY – NJN Chief Political Correspondent Michael Aron has a panel on a stage here in one of the break-out-rooms of the Atlantic City Convention Center.

Facing a room of mayors and other government types at this, the 94th annualLeague of Muncipalities conference, Kean and DeCroce revel in the coming Christie era, while Roberts and Sweeney assume the grim chore of Corzine apologetics.

"I think he's going to keep his word and none of those things are going to go," DeCroce says in response to an Aron question about whether Christie will actually simultaneously cut taxes and restore rebates.

Keeping the focus on the beaten Democratic incumbent and not the party, "In many ways this was a referendum on the incumbent," says Roberts. "He was not a good communicator. He never sold his work product efectively." 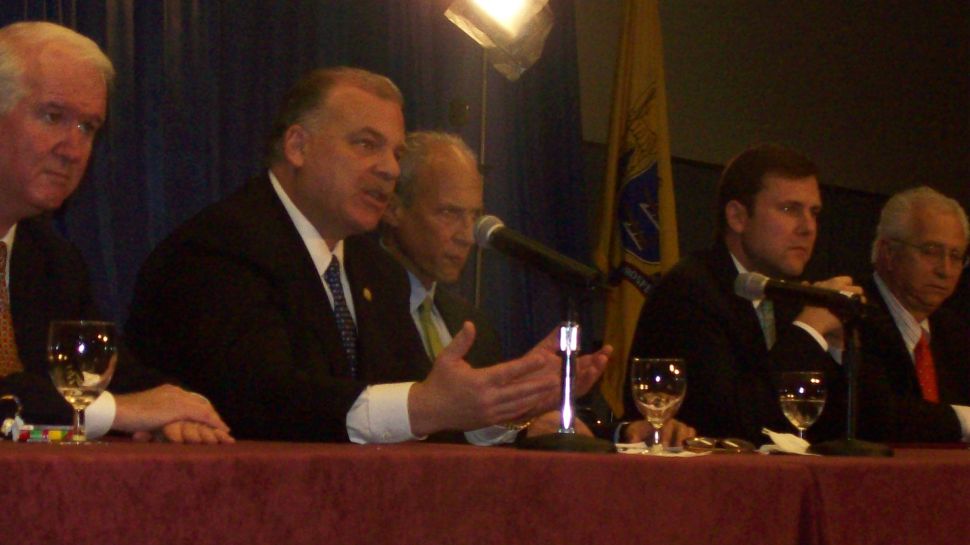