The North Jersey urban operative, under the radar as always, eyes bloodshot late in the game last Tuesday night, said he saw what Senate Majority Leader Steve Sweeney (D-West Deptford) saw among rank and filers in South Jersey, and it rattled him early on Election Day.

"For the first time in all my years doing GOTV, rank and file labor guys weren't telling me who they were voting for," said the operative. "These are guys I'm talking to as they're heading in and out of the polls and ordinarily you'll get a thumbs up sign for the Democrat or some fraternal sign for the Democratic candidate. Not this time. This time – silence."

Poised to become the next state Senate President, Sweeney, an ironworker by trade and business agent for Ironworker's Local 399,said South Jersey Democrats did everything they could to get the vote out for Gov. Jon Corzine.

"We worked very hard,"Sweeney told PolitickerNJ.com."But it wasn't in the cards, you could feel it on the ground."

Corzine won Gloucester County by 8,000 votes when he first ran for governor in 2005, and lost to GOP challenger Chris Christie by 3,000 votes last Tuesday as he went down to Christie statewide, 49% to 45%.

"We put twice the effort in this time as then, andwe weren't successful," Sweeney said. "If you didn't see close resultsacross the state with the exception of Gloucester County,that would be one thing. But you saw diminishedsupport everywhere,not just in Gloucester.Jon Corzine got dealt a horrible economic hand.

"I'm 50," Sweeney added, "andI don't ever recall feeling this bad (in terms of the economy) as right now.I don't thinkJon Corzinedid a poor job. He did everything he could with what he had to work with. These are the conditions. Remember, during the Bush years there werea lot of good congressmen who got beat because ofGeorge Bush.When independentsbroke for Christie you could see the tsunamicoming. Theybroke at 7% then 15% then at 22%, and at that point, looking at the polls,I said, 'Oh my God, we got a problem.' The numbers just weren't there.

"Igo to the gym in the morning and staunchDemocrats were saying they were not voting for Corzine. You'd spend 15 minutes trying to convince them why it's important, but they weren't coming out.The differences(between Corzine and Christie)wereblack and white, but my members are no different from anyone else.They take it out on the guy on top. This whole election was conditioned by the national economy, and then you add to that apolarizing healthcare debate raging in Washington, D.C. These are tides. When Obama came sweeping in last year and brought everyone else with him, it wasn't because we were that good. We rode a wave. Now, we got stronger then – for this.As a party we survived this tidal wave."

Again, pointing to a downturn in the governor's support everywhere, Sweeney said Corzine'sweak showing in South Jersey – and in Gloucester County specifically – had nothing to do with his beingattentive through the summer and first part of fall on dethroning Senate President Richard Codey (D-Roseland).

"Itried not to make it that way," Sweeney said."I tried to make it clear that the leadership elections would be held after the gubernatorial election, butDick wanted to talk about it.He wanted to dig in, turn it into a brawl. I was not the one saying I'm not going anywhere."

Sweeney said he shut down a party last Tuesday night in deference to the governor.

"It was aparty of 300 people, and my point was there'sno reason to celebrate," said the Senate Majority Leader."We lost the governorship. We got complacent."

In North Jersey, the operative, watching Corzine mount the stage in the East Brunswick Hilton and preparing to give his concession speech in a flat atmosphere mixing exhaustion and mourning, said, "Damn, I'm not going to get my bonus." 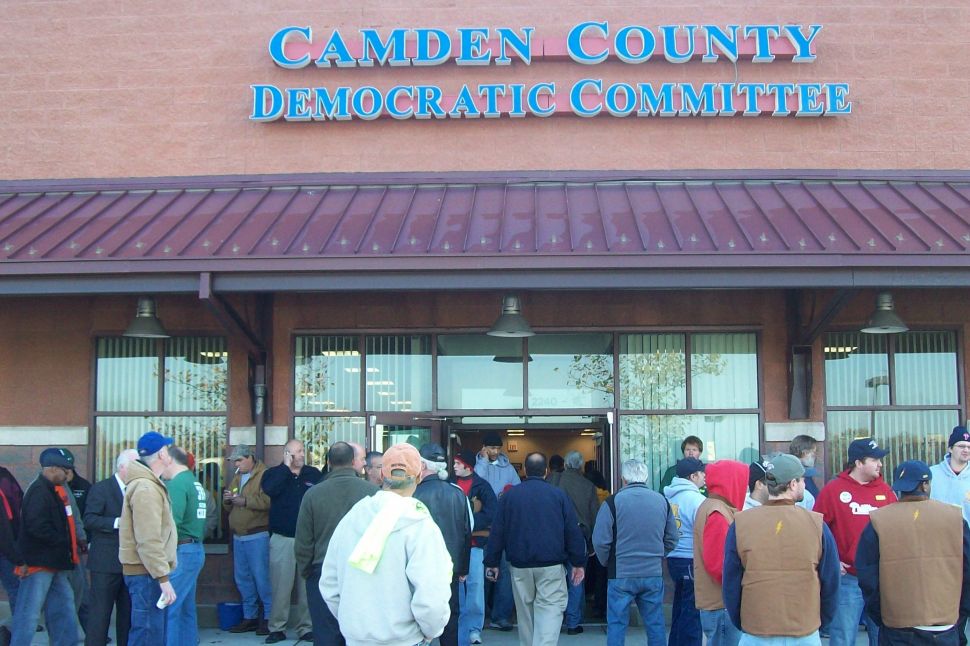