Assembly Speaker Joseph Roberts (D-Camden) has no plans to change the seating chart for the Legislature's lame duck session, which will leave three indicted Assemblymen sitting in their old seats. That will leave Democrats Linda Greenstein (D-Plainsboro) and Wayne DeAngelo (D-Hamilton) sitting in between the indicted three – Joseph Vas (D-Perth Amboy) to their right, and Harvey Smith (D-Jersey City) and Anthony Chiappone (D-Bayonne) to their left.

Assemblywoman-elect DiAnne Gove (R-Long Beach), who will be sworn in this month to replace another indicted legislator, Daniel Van Pelt (R-Ocean Twp.), will set next to Chiappone. 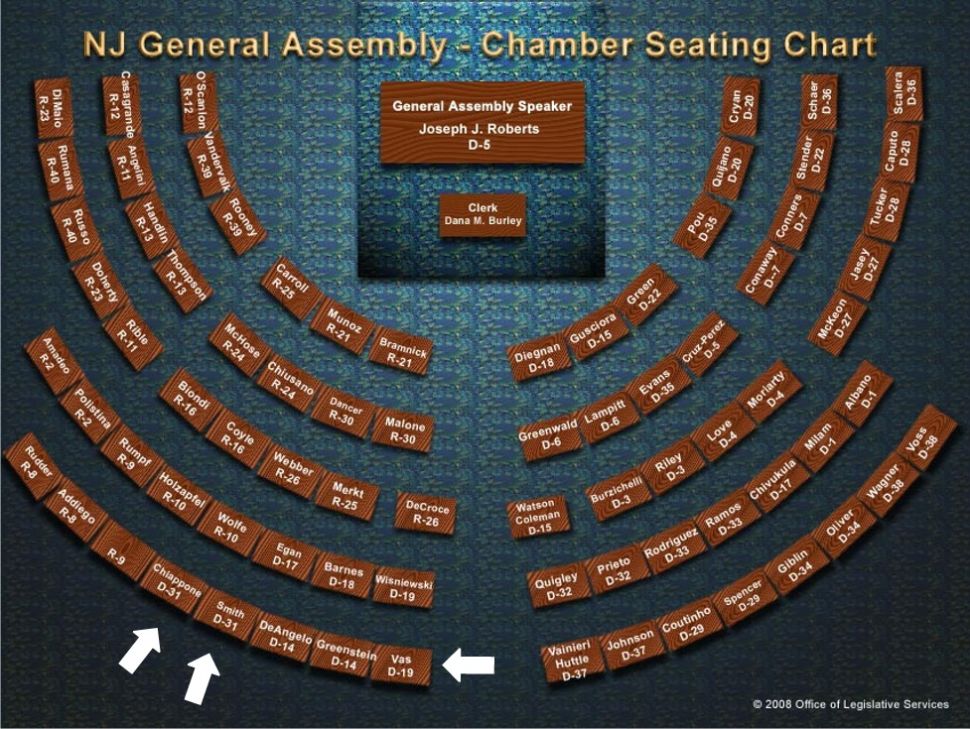