PARSIPPANY – Republican State Chairman/Assemblyman Jay Webber (R-Morris Plains) was optimistic about Chris Christie’s chances tonight, and he said he was basing it on evidence – even if he wasn’t sharing specific numbers.

“The turnout we’re tracking has been very strong in the heavily Republican areas, and the last turnout model I saw had turnout had turnout a little light in the Democratic areas,” he said in the ballroom of the Parsippany Hilton, where Christie will take the stage later tonight to either claim victory, concede defeat, or neither if the race turns out too close to call.

When asked how the Republicans’ get out the vote effort compared to four years ago, Webber was unequivocal.

“This effort it the best grass roots effort that the party has ever put together,” he said. 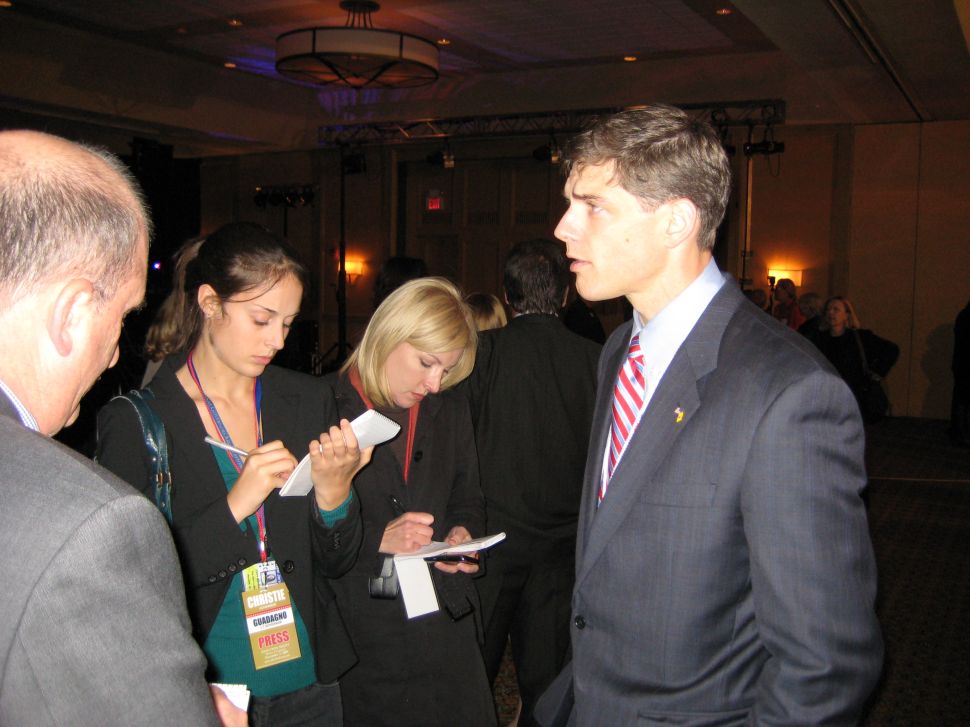