The four former Statehouse reporters from the first Roundtable show two decades ago return to reminisce with host Michael Aron: Jim Goodman of The Trenton Times; David Wald of The Star Ledger, currently spokesman for AG’s office; Sal Paolantonio of the Philadelphia Inquirer, currently an ESPN reporter; and David Blomquist of the Record, now the online director for Penn Jersey Advance.

Airs: Saturday and Sunday at 10am and 3pm 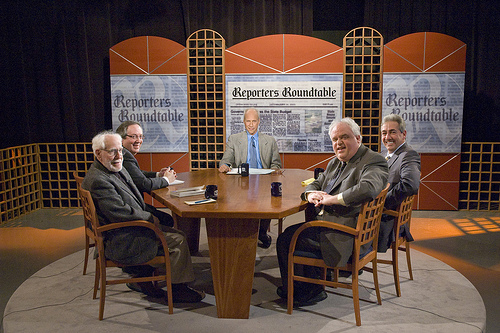