Another strategy wouldn't have changed the outcome, he acknowledges, but Charles Wowkanech, president of the New Jersey AFL-CIO, admitted today that the 11th hour influx of big rallies inhibited the Central Labor Council's ability to lock in on GOTV in the closing days of the gubernatorial campaign.

"I don't want this to come off as negative or critical of the campaign, which did a great job, but you can't have rallies three times a week," said Wowkanech, whose coordinated labor effort registered wins at the legislative level butwatched Gov. Jon Corzine get unseated by Republican challenger Chris Christie.

"I'm not second guessing anyone, but trying to run our program and make all these events – two and three times a week – was tough."

Wowkanech, who estimates that the AFL-CIO and its statewide affiliates put over $1.5 million into the election, doesn't blame Corzine for losing, and points to national economic conditions when assessing the impact on35% of construction tradesmenin New Jersey who have beenunemployed for the last two to three months.

"Idon't think there was a disconnect between Jon Corzine and the electorate," he said. "When people are out of work they don't act the way they ordinarily act.A lot of people stayed home. It wasreally a pocket book issue election. No matter how strong the message was, that was the climate.That's why we started so early (with our program), butthere was nothing Jon Corzine could have done.

"We gave it our best shot," Wowkanech added."Wedid very well with our labor candidates – there are a lot of positives from last Tuesday. We're going to reach out toChris Christie.My view on this is we all knew this was going to be an extremely tough race."

Corzine ran in part on his record of securing Paid Family Leave, which Wowkanech championed and helped ramrod through the halls of the Statehouse to successful passage in the legislature.

"I think initially the Paid Family Leavemessage resonated but for me, at the end of the day, it became pocket book issues and economic anxiety," said the AFL-CIO president."People wanted a change. There's too much unemployment." 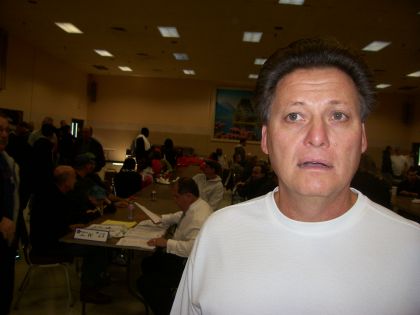