UNION CITY – Union City Police today confirmed that they arrested Frank R. Scarafile, a political opponent of Mayor Brian Stack and five of his allies on Friday nightand charged them with forgery, falsifying records, harassment, and violation of the city's ordinance against distributing flyers.

Scarafile is the Little Ferry Superintendent of Schools and the former principal of Emerson High School.

According to a police department release issued late in the day Monday,police received information from a confidential source that a "group of people would be distributing a flyer falsely purported to be from Stack, the mayor and a Democratic State Senator. A copy of the document was also obtained. Mayor Stack saw the copy of the flyer and was able to confirm that he neither produced it nor authorized its production. The flyer contained a photo of the mayor and what appeared to be the mayor's signature on the bottom. It also contained the mayor's office and mobile phone numbers."

Scarafile has been a strong critic ofStack. He ran on an opposition slate for city commissioner in 2006 and lost by a margin of 6-1

"I really have to look at the seriousnessof the charges and talk with my lawyers" before providing in-depth comment, Scarafile said.

Scarafile would not say if he planned to run against Stack in the 2010 mayoral election, although he hinted that his arrest might affect his plans.

"Iwasn't intending on doing it before Friday," he said. 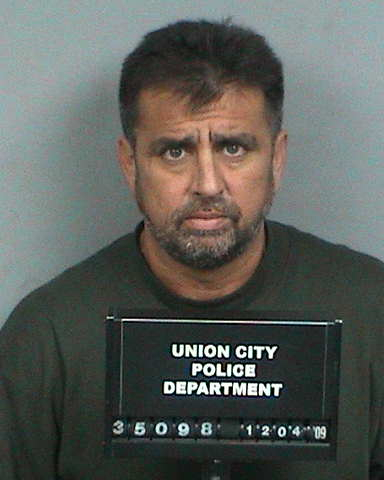