After having warred in 2008, Booker and Bell decided it was in their best interest to join forces – a coup by Booker’s political arm if you accept the premise that Bell, having weathered the mayor’s Obama-aided Central Ward stormfront, proved virtually unbeatable.

So they will be on the same team next year, despite backchatter out there that Bell – pulled off a golf course in his retirement in 2008 to derail the Booker juggernaut – won’t run again.

“Oh, I’m definitely running next year, I’m committed to running,” Bell told PolitickerNJ.com yesterday amid the din of Newark politicos who say that the presence of Darren Sharif in the race – son of Booker political sensei Carl Sharif – portends a Bell bow-out some time before May 11th.

Other observers say Sharif is simply getting his name and intentions out there for future reference.

A third candidate in the Central Ward council race, Charone Montayne is the daughter of Freeholder Blonnie Watson and – her critics point out dismissively – a Republican. 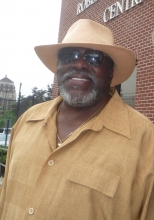