Bagger, 49, served as an Assemblyman from 1992 to 2002, and as a State Senator from 2002 to 2003. He resigned to accept a promotion at Pfizer, a pharmaceutical company where he ran the worldwide public affairs division. He spent four years as Chairman of the Assembly Appropriations Committee. He is also a former Westfield mayor and councilman.

Chiesa, 45, was Christie's law partner at Dughi, Hewit & Palatucci and went to the U.S. Attorney's office together in 2002. He served as Chief of the Public Protection Unit, as Counsel to the U.S. Attorney, and as Executive Assistant U.S. Attorney. He prosecuted former Senate President John Lynch and Harry Parkin, who was Mercer County Executive Robert Prunetti's Chief of Staff. Chiesa is now at Wolff and Samson, a North Jersey law firm and has been serving as Executive Director of Christie's transition team.

The 33-year-old Stepien held top posts on several national campaigns and for the Republican National Committee before returning to New Jersey to work for Christie. He was the Field Director of the Bush/Cheney campaign in New Hampshire in 2004, and the Director of the Republican National Committee's 72-Hour Campaign in 2005 and 2006. He has worked on several New Jersey statewide and legislative races, and managed Bill Baroni's campaign that unseated incumbent Gary Guear in 2003.

O'Dowd is the Securities & Healthcare Fraud Unit Chief at the U.S. Attorney's office and has tried several high profile cases. 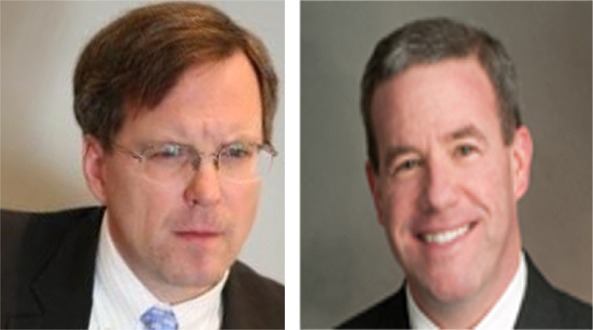