MENDHAM – Governor-elect Christopher Christie has yet to read the Inspector General's report on alleged pension abuse by Gloucester County Democratic Chairman Michael Angelini, but he's getting to it.

Christie said the 62-page report, which outlines how Angelini worked 12 different part-time public jobs over the course of 27 years to accrue a pension of over $100,000, is part of the "pile on my night stand."

But Christie has read news stories summarizing the report, and the disclosure that Angelini often sent associates to do work for him reminds him of his prosecution of former state Sen. Wayne Bryant (D-Camden) as U.S. Attorney. Bryant was convicted of pension fraud for his $50,000-a-year salary and pension credits at the Gloucester County Board of Social Services (Angelini testified for the defense at Bryant's trial).

Incoming Senate President Stephen Sweeney (D-West Deptford) last week defended Angelini for the practice, noting that legislation reforming the way pensions are awarded was passed in 2007. Angelini, he said, did nothing illegal at the time.

Christie made the comments in during a press conference after addressing students at Daytop Village – a high school for children with a history of drug abuse located in his hometown of Mendham. Christie sat on the school's board for almost five years until he became U.S. attorney in 2002announced today that the school will be one of three charities to benefit from his inaugural celebrations. He called the school "a place where miracles happen."

Proceeds from the event, which will be held at the Prudential Center in Newark — where over 2,000 are guests expected at a price of $500 per head ($300 for those who fall under pay-to-play law restrictions) — will be divided between Daytop, The Community FoodBank of New Jersey and New Jersey National Guard families.

Christie's press conference took place shortly after the Star-Ledger published a story that included a memo from the Office of Management and Budget (OMB), made at the request of Christie's transition team, for state departments to outline cuts from anywhere between 10 and 25%.

"We have in New Jersey a situation now where in March of this coming year, if projections remain where they are, we won't have the money to meet payroll. That's the level of crisis we're talking about here," said Christie.

When asked whether Daytop would find state grants in jeopardy if the administration is forced to make draconian cuts, Christie doubted it.

"I've got a suspicion that this place will do fairly well in the zero-based budgeting analysis. I know what they produce here," he said.

This afternoon, Christie has a meeting in Trenton scheduled with New Jersey Sports and Exposition Authority Chairman Carl Goldberg – who is among the controversial re-nominations filed by outgoing Gov. Jon Corzine.

The meeting comes on the heels of news that the agency could be running a deficit of about $30 million.

Christie said that two of his transition subcommittees are considering whether the Sports Authority should exist as a government entity.

"So yes, we're asking the question about whether the Sports Authority, as an ongoing entity, is any longer necessary in the state of New Jersey. We'll see," he said. 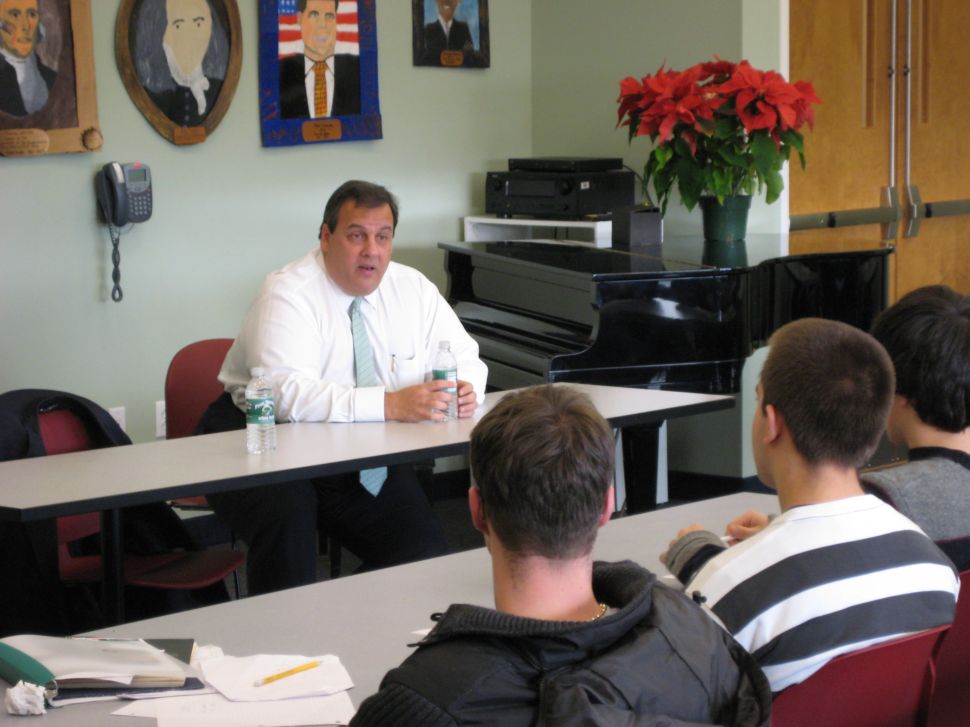